Look, it's not that deep - Tito Mboweni says he and Ndlozi 'don't fight all the time' 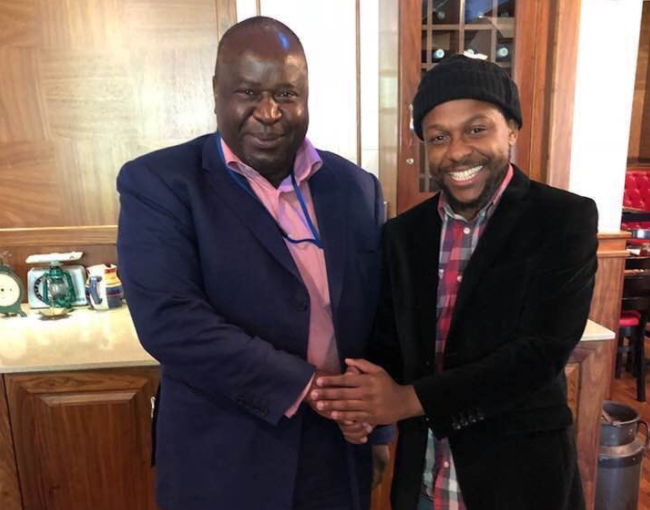 Finance minister Tito Mboweni and EFF MP Mbuyiseni Ndlozi have had their fair share of public spats and “twars”, but it's not personal and it doesn't mean that the two can't be civil to one another.

Mboweni recently shared a picture of himself and Ndlozi seemingly at a restaurant. He captioned it: “You see, we don't fight all the time.” The minister also tagged the EFF and party leader Julius Malema in the picture.

Anyone who follows both politicians on Twitter is familiar with spicy exchanges between them. Just last week, the minister took a jab at Ndlozi's shoes which the “people's bae” had shared that he wore at a wedding.

Tweeps found his jab funny, though they couldn't help but point out the irony of it all, because the minister doesn't do so well in the shoe department either.

Last month, Ndlozi called the minister out after he complained about a dilapidated mission centre in Limpopo.

Mboweni tweeted: “This used to be the thriving Shilubana Swiss Mission centre near Tzaneen. There was a hospital, a school, a cathedral and a beautiful residential space. What a sad story of affairs now.”

But Ndlozi said the minister should be the last person to complain.

“You are government, you have been government as ANC for 26 years. You can’t be complaining like all of us. It is irresponsible of you to not take responsibility for you and your party’s position in the sad state of affairs across the country. Be honest,” said Ndlozi.

'So it's the problem child?': Mzansi reacts to stricter lockdown in Nelson Mandela Bay

"If I was from Nelson Mandela Bay, I was going to start packing, and visit a friend or whatever."
News
1 year ago

'You can’t be complaining like the rest of us': Ndlozi slams Mboweni over Limpopo centre lament

EFF MP Mbuyiseni Ndlozi has criticised Tito Mboweni after the finance minister lamented the sad state of a once thriving centre in Limpopo, with ...
Politics
1 year ago