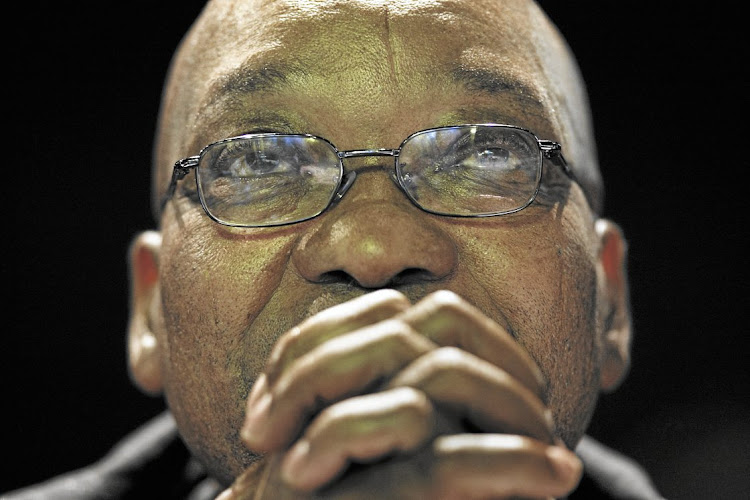 Former president Jacob Zuma has been accused in the Constitutional Court of employing a “variety of stratagems” to avoid testifying at the state capture inquiry. File photo.
Image: James Oatway

Former president Jacob Zuma’s conduct towards the state capture inquiry was “a deliberate stratagem” to run out the lifespan of the inquiry and thereby avoid accounting for his alleged criminal behaviour, the Constitutional Court heard on Tuesday.

The court was hearing an urgent application by the inquiry to order the former president to abide by two summonses issued for him to give evidence and answer questions in the new year.

The application followed Zuma’s walkout — in an apparent breach of a summons — from the inquiry in November after his application for the recusal of chairperson deputy chief justice Raymond Zondo was rejected.

Counsel for the inquiry Tembeka Ngcukaitobi SC told the court since 2018 Zuma had employed a “variety of stratagems” to avoid testifying.

Ngcukaitobi faced tough questions from the bench on whether the application was truly urgent. Justices Mbuyiseli Madlanga and Chris Jafta, in particular, asked Ngcukaitobi whether this was not a case of “self-created” urgency.

Mampara of the year: Jacob Zuma

Since Nkandla’s most decorated son has claimed this title numerous times in the past few years as a result of his chaotic reign, Hogarth is ...
Opinion & Analysis
1 year ago

They suggested that, as far back as November 2019, it was clear Zuma was not co-operating with the inquiry since it felt a summons was necessary. Yet the inquiry still held an “adversarial process” over the summons for Zuma to appear, with the inquiry's legal team making an application that was opposed by Zuma’s team, something not even required by the inquiry's regulations.

“Why must a summons be issued only after an adversarial process? I do not understand at all. To me it seems it was all a total waste of time — or was it not?” Madlanga asked.

He said there was more than six months of “deafening silence” at the beginning of 2020 — from January to August, which the inquiry had not explained at all, said Madlanga.

Ngcukaitobi said a big chunk of that was attributable to the Covid-19 lockdown, and said there was not a deafening silence from the inquiry.

He said notices were sent under the inquiry's regulations requiring Zuma to answer specific allegations. The “adversarial process” over the summons was done to be fair to Zuma, he said.

He said the facts showed a “painstaking effort by the deputy chief justice to accommodate a former president” — but the response from Zuma was one of “belligerence, of defiance and ultimately of contempt”.

Ngcukaitobi argued that if the inquiry had gone to the high court, instead of directly to the ConCourt, a route only allowed in the most exceptional circumstances, it would have defeated the whole purpose as the inquiry has a limited lifespan.

The inquiry is due to deliver its report by the end of March, and even though Zondo has indicated it will apply for an extension until the end of June, there is no knowing whether this will be granted, Ngcukaitobi said.

Former president Jacob Zuma said on Monday he would not be participating in the state capture inquiry’s urgent Constitutional Court case compelling ...
Politics
1 year ago

If the inquiry had approached the high court, there would probably have been an appeal to the Supreme Court of Appeal (SCA), which would have taken a year to finalise, he said. An appeal from the SCA to the ConCourt could have taken another year.

He said the interests of justice warranted the apex court hearing the case.

This was no ordinary inquiry, he said. It had been set up as a result of remedial action by the previous public protector, it dealt with traumatic events that had destabilised the country and about which the public were entitled to know the truth. Nor was this case dealing with an ordinary witness, he added. Zuma was the former head of state and had been directly implicated by his former cabinet colleagues.

Ngcukaitobi was also extensively questioned about whether — if the court were to agree that the case was urgent and it was warranted that the highest court could hear it directly — it should go further than just ordering the former president to abide by the summons. The inquiry has asked the court to also order him to answer questions and comply with the inquiry's directives.

Ngcukaitobi said the inquiry believed Zuma would not disobey an order of the highest court.

“It’s truly staggering to think a former president would also breach an order of this court. It defies logic and belief,” he said.

Zuma had indicated he would not be participating in the court case.

Give Zondo the time he needs so we can get closure

The request by deputy chief justice Raymond Zondo that his inquiry into state capture be given more time may seem, to a weary public eager for ...
Opinion & Analysis
1 year ago

‘He was the president’: Zondo says there’s no place to hide for Zuma

State capture inquiry chair deputy chief justice Raymond Zondo said on Monday there was no place to hide for former president Jacob Zuma who has been ...
Politics
1 year ago