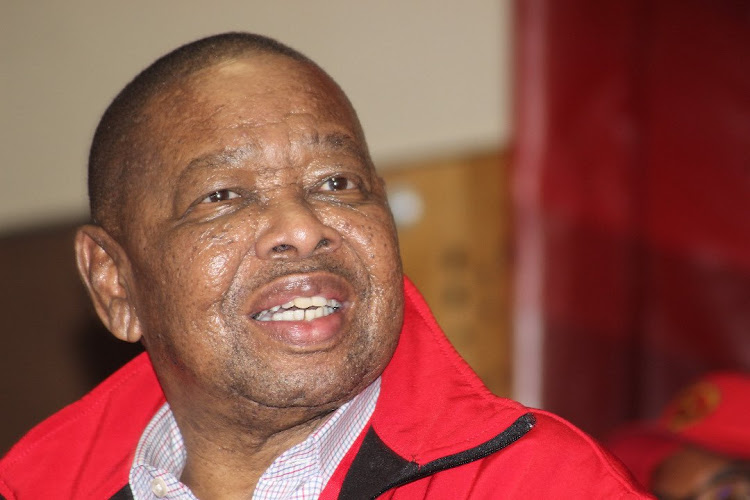 Blade Nzimande says SA's banking system 'is wholly inappropriate for a developing country'. It should include strong public banking and a co-operative banking sectors, he says. File photo
Image: SACP via Twitter

SACP general secretary Blade Nzimande has called on South Africans to watch out for corruption and “state capture networks” in the sourcing of Covid-19 vaccines for SA.

Nzimande was delivering a keynote address at the party's commemoration of the anniversary on the death of former SACP leader Joe Slovo.

According to Nzimande, the party was hard at work “forging a broad global left campaign” for equitable distribution of Covid-19 vaccines.

In this regard, the SACP was pleased that it had an ally in the World Health Organisation, which had committed “to make the Covid-19 vaccine a global public good, rather than a profit-driven imperative”.

In SA, said Nzimande, the SACP would mount the same fight to ensure that the government does not outsource the production or sourcing of the coronavirus vaccine “to private wealth-accumulation interests”.

But above all, “there must be no space left to corruption and state capture networks, old or new, in the sourcing of the vaccine”, said Nzimande.

Nzimande says SA cannot go through another health denialism disaster as it did with Aids in the early 1990s.
Politics
1 year ago

He added that the SACP was in support of the government's economic recovery plan. However, the party calls for reforms in the indicators the country uses to measure its economy.

Using GDP to measure how the country's economy is doing was no longer reliable, said Nzimande, as this method had proven to be a flop during the Thabo Mbeki administration which boasted impressive GDP numbers but poverty, inequality and unemployment skyrocketed.

“We need to forge a developmental path that will benefit the overwhelming majority of our people,” said Nzimande.

Nzimande continued that the SACP was also concerned about SA's banking system, which “is wholly inappropriate for a developing country”. The communists, said Nzimande, believe that “our banking system must include a strong and dynamic public banking sector as well as a co-operative banking sector”.

Nzimande concluded his speech by taking a swipe at outgoing US president Donald Trump, whose stance on the long-standing political quagmire in Morocco and Western Sahara “was an affront to the SACP”.

“We are pledging our solidarity with the people of Western Sahara and ... condemning Donald Trump wanting to say he is recognising Moroccan sovereignty over the Western Sahara,” said Nzimande.

“We reject that because it is illegal and is also against the resolutions of the UN. The sooner we see the back of Donald Trump the better, so that we can be able to create hopefully better conditions to pursue a progressive international struggle.

“Of course, US presidents are US presidents irrespective of which party they come from, but Donald Trump must go down as one of the worst ever to preside over the US.”

The grant has offered a survival lifeline to millions, says the SACP leader.
Politics
1 year ago

TOM EATON | Will talking heads lead us on a road to nowhere in 2021?

SA has ‘botched’ the vaccine process, Trump is trying to steal a march on Biden, Sweden bungled ... so where to?
Opinion & Analysis
1 year ago