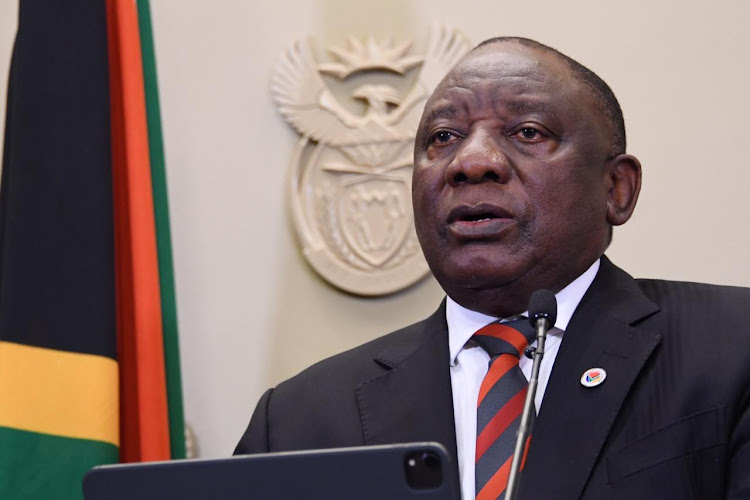 President Cyril Ramaphosa on Saturday hinted that he will address the nation soon as new cases of Covid-19 continue to soar despite stricter level 3 regulations announced late last year.

In an interview with Newzroom Afrika political editor Sbu Ngalwa on Saturday, Ramaphosa confirmed that he would address the nation soon on the next steps to be taken by his government.

For the past three days, new positive Covid-19 cases have been above 20,000 and deaths have also increased.

The latest stats on Friday show that there were 21,980 positive cases recorded and a total of 616 deaths, the second highest number of fatalities this week.

SA recorded its worst day for Covid-19 infections, with 21,980 cases confirmed in the past 24 hours.
News
1 year ago

Ramaphosa had called a meeting of the National Coronavirus Command Council on Wednesday this week amid the skyrocketing numbers.

“We are looking at that [address to the nation], the National Coronavirus Command Council is going to be meeting. We are going to meet with our provinces as early as tomorrow and thereafter, we are going to make a determination on how best we move forward. At the right time, that will then be announced to our people,” said Ramaphosa.

In his address last month, Ramaphosa placed the country under alert level 3 which meant the banning of all sales of alcohol and the closure of all beaches.

Under alert level 3, the curfew time was also extended to between 9pm and 6am. All public indoor and outdoor gatherings are prohibited, except for funerals, which are limited to 50 people.

After the announcement of the meeting of the NCCC on Wednesday this week, there has been growing public fear of stricter regulations, with public commentators even hinting at alert level 5.

However the ANC and its alliance partners, after a meeting this week, have opposed a move to level 5, which will effectively close down the economy.

It is unclear what new regulations Ramaphosa will announce after this weekend's meeting.

Fighting Covid-19 is the ANC's top priority in 2021: Ramaphosa

Topping the list of the ANC’s priorities for 2021 is overcoming the Covid-19 pandemic, party president Cyril Ramaphosa said on Friday.
Politics
1 year ago

The Polokwane taxi rank in Limpopo has seen an alarming rise in Covid-19 related deaths and positive cases, with four taxi owners succumbing to the ...
News
1 year ago

Police minister Bheki Cele has confirmed that soldiers will be deployed to help enforce lockdown rules on the Garden Route from Wednesday due to ...
News
1 year ago