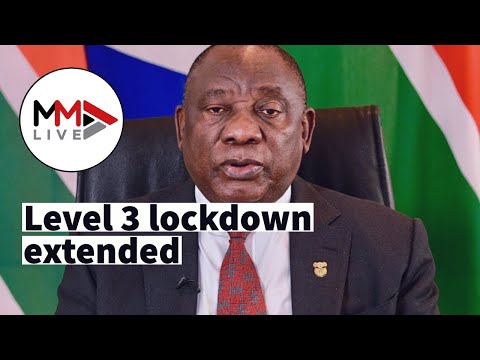 The rollout of the Covid-19 vaccine will be at a scale never experienced in the country before — even greater than that for HIV treatment or elections.

This as SA has secured 20 million doses of Covid-19 vaccines, with most to be delivered this year. Expected to start soon, the rollout of the vaccine is the only viable fight against the coronavirus pandemic that is wreaking havoc in the country.

In his address to the nation on Monday, President Cyril Ramaphosa provided a detailed plan on the vaccine rollout, which he said would be in three phases.

“We have put in place a comprehensive vaccination strategy to reach all parts of the country. This will be the largest and most complex logistical undertaking in our country’s history,” Ramaphosa said.

“It will be far more extensive than our HIV treatment programme or even our national, provincial and local elections in terms of the number of people who have to be reached within a short space of time. It will require the active involvement of all spheres of government, all sectors of society and all citizens and residents of our country.”

The three phases of the rollout are meant to ensure that the country reaches herd immunity in the shortest possible time. The government wants to vaccinate at least 67% of the country’s population, which is about 40 million people.

“A person who is vaccinated has a much-reduced chance of becoming ill and dying from Covid-19. When enough people are vaccinated, we will reach what is known as ‘herd immunity’ or ‘population immunity’.

“This is when enough of the population is immune to the virus to provide indirect protection to those who aren’t immune, bringing the spread of the virus under control,” he said.

Ramaphosa said the government was now in the first phase — which is procurement — and was in talks with several vaccine manufacturers which were yet to be concluded.

So far the talks have yielded the country 20 million doses, most of which are expected to be delivered in the first half of the year. Ramaphosa said the country was “exploring all avenues to get as many vaccine doses as possible for South Africans”.

“While there are several promising negotiations with a number of different manufacturers that still need to be concluded, we have to date secured 20 million doses, to be delivered mainly in the course of the year, and a substantial amount of it in the first half of the year,” he said.

Further announcements would be made as the negotiations were concluded.

The second phase would be vaccination of essential workers who would be given priority when the initial doses reach the country’s shores.

The third phase would be vaccination of the rest of the 22.5 million South Africans that will bring the country into the herd immunity threshold of 40 million people.

“We have established a national co-ordinating committee, which brings together key government departments, the private sector and other stakeholders to oversee the implementation of our national strategy,” he said.

Ramaphosa added: “We will administer vaccinations through hospitals, clinics, outreach services and mobile clinics, and private settings such as doctor’s offices, pharmacies and work places. We have had several engagements with stakeholders in recent weeks to ensure a co-ordinated and inclusive vaccination campaign.”

The president acknowledged that a lot of South Africans were still sceptical about the vaccine, which he blamed on disinformation and conspiracy theorists.

He, however, pointed out vaccines have been used previously to eradicate diseases such smallpox and polio.

“Children get vaccinated routinely against many diseases such as mumps, measles rubella, and travellers are often vaccinated against diseases like yellow fever.”

He assured citizens that vaccines that the country will be procuring “will have to be approved by the South African Health Products Regulatory Authority, which applies stringent scientific standards to ensure the safety and efficacy of any drug or treatment”.

“I call on all South Africans to be part of the monumental undertaking to roll out the coronavirus vaccine. Though it will be difficult, complex and often frustrating, it is vital that we do this together, for the sake of our country and for the wellbeing of all our people.”​