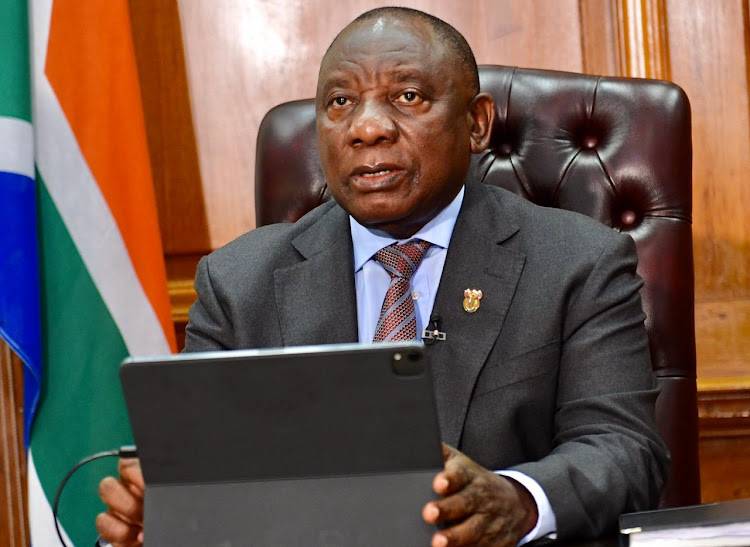 President Cyril Ramaphosa announced on Monday that, among other things, the country's 20 land borders would be closed to general entry and departure until February 15.
Image: Jairus Mmutle/GCIS

President Cyril Ramaphosa has announced closure of the country’s 20 land ports to the public — with people only allowed to cross in “limited circumstances”.

This is after the government realised that many people were being infected at the borders while waiting to be processed.

This is one of the two new regulations that have been added to the country's level 3 lockdown regulations, which have been extended to February 15. The second is the amendment of the curfew by an hour as it moves to 9pm-5am, from 9pm-6am.

On the closure of land borders, Ramaphosa said the congestion at many of the land points of entry was mostly due to people arriving without a confirmation of their Covid-19 results.

“To reduce congestion and the high risk of transmission, cabinet has decided that the 20 land ports of entry that are now open will be closed until February 15 for general entry and departure,” Ramaphosa said. SA's land borders have been closed, except for "limited circumstances".
Image: Supplied

Beitbridge and Lebombo borders have been identified as health hazards due to the congestion where at some point the queues were stretching over 25kms.

The delays at the borders have reportedly led to financial losses amounting to at least R3bn.

President Cyril Ramaphosa announced that SA would remain under level 3 lockdown on January 11 2021. Previous level 3 restrictions, as well as the closure of the countries land borders will remain in place until SA has passed the peak of the virus’s second wave.

Ramaphosa said the closure of the 20 borders will include the “six busiest border posts which are Beitbridge, Lebombo, Maseru Bridge, Oshoek, Ficksburg and Kopfontein”.

Allowed will be the transportation of goods, fuel and medical emergencies, among others, and the return of South African nationals or permanent residents and diplomats into the country, and the departure of foreign nationals.

“These measures we had implemented right at the beginning when we had earlier lockdown. The full list of exemptions is in the regulations,” he said.

Ramaphosa said it was necessary to maintain the level 3 regulations until the country has passed the peak of new infections.

At 1.40pm on Thursday, Timashe Lungah, who had queued for four days to get back to work in SA from his home in Harare, was turned away from the ...
News
1 year ago