By Cebelihle Bhengu and Deepa Kesa 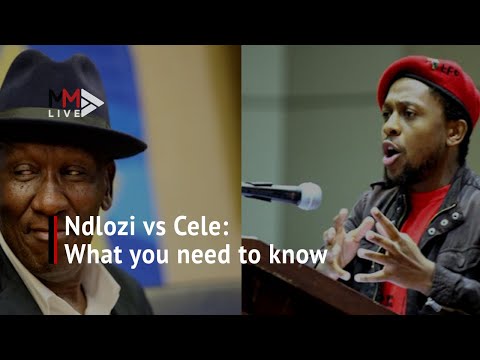 Social media was buzzing with reaction after the EFF opened a criminal case against police minister Bheki Cele at the Sunnyside police station in Pretoria, accusing him of political interference and defeating the ends of justice.

EFF MP Mbuyiseni Ndlozi was accompanied by Gauteng EFF officials on Monday to open a case against the minister. This emanates from the North Gauteng High Court ruling which revealed on Friday that the minister attempted to halt the suspensions of police officials who allegedly attempted to fraudulently procure personal protective equipment (PPE) last year.

The officers were issued with notices of intention to suspend them and were invited to make submissions as to why they should not be shown the door.

The judgment revealed that Cele wrote two letters to Sitole on December 1 and 4. In the first letter, the minister asked that the inspector-general submit a report to him and halt the suspensions until its submission. In a second letter, Cele emphasised his position on the matter.

The officers challenged Sitole's decision, but the court ruled in his favour, saying he was legally obligated to suspend the officers.

Police ministry spokesperson Lirandzu Themba told TimesLIVE: “Minister Cele is aware of the move by the EFF and will wait for processes to unfold.

“The minister is not involved in the awarding or allocation of any tenders in the police service.”

On Monday, Ndlozi told journalists outside the police station that the officers allegedly used the PPE tenders as a “get rich quick” scheme and called for a swift investigation.

“Once allegations of corruption have been made against officials within the police, or wherever in institutions of government, they have to be investigated without any interruption, without any fear or favour,” said Ndlozi.

The former party spokesperson said this was “a classic case of political interference” by the minister.

On social media, some were unclear on the matter as they questioned what the minister did.

Others said Ndlozi's efforts would be in vain, saying “it will be another cold case”.

Another waste of time

Hahahaha 🤣🤣🤣 you opening a case against their boss,

The case against Bheki Cele unfortunately will go cold because he's above the Law. If you want to see success of this case wait until he's no longer Minister. Look they had to wait for Zuma to step down after 10 years to proceeds with dozens of his cases.

what did Cele do ? https://t.co/pFPTQkMHPv