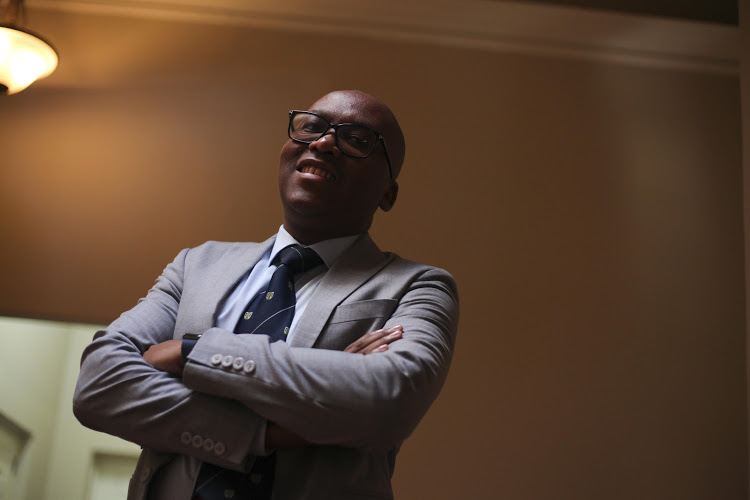 This is how former Gauteng health MEC Bandile Masuku described the Special Investigating Unit’s (SIU’s) findings against him in its investigation into the province’s Covid-19 PPE scandal, which led to his axing.

The MEC’s strident attack on the SIU’s findings — calling them “simply garbage” in court papers — was heard by a full bench of the Pretoria high court on Thursday.

His counsel, William Mokhare SC, said the SIU had made findings without the evidence to back them up and its investigation was such “a sloppy job ... that one cannot put any credence on it”.

When Masuku was fired — the first casualty of Gauteng’s Covid-19 PPE scandal — it was not for corruption.

The scandal itself was a corruption scandal: an estimated R2bn worth of public funds irregularly spent on personal protective equipment, about R36m of which was frozen by the SIU in its investigation into a contract that was at first unlawfully awarded to Royal Bhaca Projects, owned by Thandisizwe Diko, husband of presidential spokesperson Khusela Diko and a family friend of Masuku.

The contract was later cancelled but was then awarded to Royal Bhaca’s “proxy”, Ledla Structural Development, according to the Special Tribunal, which in December set aside the contract as unlawful.

But, said the SIU in its letters to Gauteng premier David Makhura in September and October last year, the extent to which Masuku was complicit in corruption was still being investigated. He was nonetheless fired because the SIU had found that he had “failed to execute his functions in compliance with the constitution and the Public Finance Management Act”, Makhura said.

For one thing, said the SIU, he had been party to — or “actively involved in” — the decision to centralise the procurement of PPE equipment within the department of health, knowing full well that the department had a long history of negative audits and had been struggling with its supply chain management.

“As such the decision to promote or support any proposal for the centralisation [for PPE] made no sense at all and was irrational to say the least.”

The SIU added: “Consequently, the MEC’s support of this proposal may have been for nefarious purposes” — for example to exploit the weak supply chain management processes “and to potentially benefit himself, his wife or their friends”.

Mokhare told the court on Thursday that the SIU’s inference of a nefarious purpose was more than a stretch.

“It is actually illogical,” he said, adding that the SIU could not “simply draw inferences from the air”.

The SIU had the legal powers to seize documents and interview the relevant people to find out whether Masuku had in fact supported, or pushed for, the centralisation of procurement. But it did not interview the premier, or put forward documents to show this was the case, he said.

The SIU’s counsel, Vincent Maleka SC, pointed to parts of  the court record that he said showed Masuku’s involvement in the centralisation and its implementation. He said the SIU’s inference was not a finding of fact, it was a finding of possibility or probability, based on facts, and was rational in law.

Masuku’s case was based on rationality, Mokhare had argued — in law, that there must be a rational connection between the SIU’s information and its findings.

On the test for rationality, judge Roland Sutherland suggested that the court would ask whether a rational person, in possession of the information gathered by the SIU, would infer that the MEC had been derelict.

Mokhare agreed, but added that the court also had to ask whether the SIU had ignored other material evidence.

He said the high water mark for the SIU’s evidence that Masuku had in fact known about the procurement irregularities was an e-mail from former CFO Kabelo Lehloenya to him on April 1. Masuku has maintained that he only knew about the contracts that were awarded to Royal Bhaca or Ledla in May.

The e-mail listed the recipients of PPE contracts and included Royal Bhaca. In his court papers, Masuku said he never opened the e-mail, which was sent late in the evening shortly before midnight.

“I only saw this e-mail for the first time on August 14 when I was interviewed by members of the SIU,” said Masuku in his affidavit.

Masuku said he had asked for the list because the Motsepe Foundation had requested it so the foundation could buy PPE and then donate it to the department. He had also asked that the list be forwarded to the foundation and once he knew this was done, he did not need to open the e-mail and in fact did not so.

However, the SIU said this version was “improbable and fanciful”. It was also a new explanation; he did not mention it when the SIU interviewed him in August or in the affidavit he subsequently submitted to the SIU.

Legal showdown between Bandile Masuku and SIU set for Thursday

Former Gauteng health MEC Bandile Masuku will on Thursday attempt to convince the high court in Pretoria to declare the Special Investigating Unit’s ...
Politics
1 year ago

In the hearing, Maleka added that if he didn’t open it, this in itself was a problem as he should have.

Mokhare also questioned the SIU’s finding that Masuku had failed in his oversight role. Mokhare said that as soon as he knew of the irregularities in the procurement process, he had taken action by calling in auditors -“just in a matter of two weeks”, said Mokhare.

But Maleka said that a wait of 10 days was not good enough — given the extent and urgency of the crisis. And given his knowledge of the state of the department when he took over — something that he had undertaken to the premier to tackle when he was appointed — his conduct was a “clear failure” of accountability.

Sutherland was even more direct. He asked why, when Masuku had seen that there was a “monstrous scandal taking place under his watch”, the MEC had not “leapt out of his chair” and said that he had to put an end to this at once. Instead, he had waited 10 days and then said “let’s have an audit”. Masuku’s team said that he acted in accordance with the law.

Mokhare faced a number of questions from all three judges — Sutherland, Joseph Raulinga and Thina Siwendu — on why he had challenged the SIU’s findings yet he had not challenged Makhura’s decision to fire him; and whether the SIU’s findings could be reviewed by a court at all — given that they were not binding and the MEC could have simply ignored them.

Was the relief he sought not academic, given that a new MEC had already been appointed, asked Siwendu.

Mokhare said the findings were not academic. They remained and continued to impugn his reputation and his dignity.

Apart from ‘extortionate’ mark-ups, the unit alleges there was a plot to defraud the Industrial Development Corporation
News
1 year ago

Contracts were not transparent, competitive and cost-effective, says judge on Diko-affiliated Covid deal

After being awarded a tender by the Gauteng health department for Covid -19 personal protective equipment, the person who paid suppliers on behalf of ...
News
1 year ago

Masuku takes ANC to task over failure to charge him

Former Gauteng health MEC Bandile Masuku has cried foul over his party's failure to lay charges against him almost two months after sidelining him.
News
1 year ago