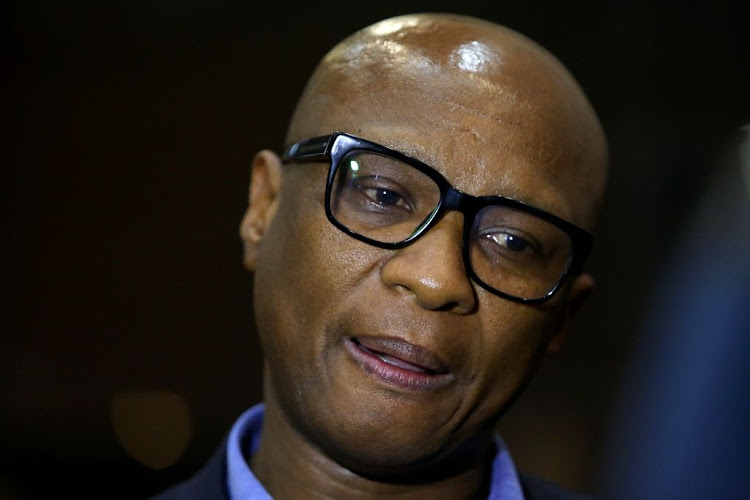 State security deputy minister Zizi Kodwa has called out Mpumalanga premier Refilwe Mtsweni-Tsipane for not wearing a mask at the funeral of late minister in the presidency Jackson Mthembu.

Kodwa said the premier's actions were an insult to Mthembu's memory, as he had encouraged people to adhere to government's Covid-19 regulations.

Kodwa was speaking at a virtual memorial service that the ANC organised for Mthembu on Monday. He paid tribute to Mthembu, saying he had been his mentor in communication. He described him as a man who told the truth even when it did not suit the ANC.

“That is why today we would have failed his legacy if we were to beat around the bush about the very unacceptable behaviour of the premier of Mpumalanga, ironically during Jackson Mthembu's send-off yesterday, when she disregarded the regulations on wearing masks to combat the spread of Covid-19,” said Kodwa.

He said he would have “failed” if he didn't tell the truth, like Mthembu did, “even when it was in fact a bitter pill to swallow even in the ANC”.

He said what had been painful for many people who followed the funeral on TV was that Mthembu had not only been at the forefront of advocating the importance of adhering to the Covid-19 regulations but had also ironically succumbed to the disease.

“Therefore, for someone to actually parade the opposite with regards wearing masks at his solemn send-off was an insult to his memory. The news today is not about celebrating the life of Jackson, they are talking about this avoidable incident,” said Kodwa.

Police minister Bheki Cele has called on the police to investigate Mtsweni-Tsipane's actions. Wearing a face mask in public is mandatory under the adjusted alert level 3 regulations.

“If SA wants to beat this invisible enemy which is Covid, we simply can’t let our guard down. This is why I have spoken to the national commissioner of the SA Police Service, Gen Khehla Sitole, to look into the matter of the premier and an investigation must be conducted and necessary action must be taken,” said Cele on Sunday.

Any person who fails to comply with a verbal instruction by a law-enforcement officer to wear a mask commits an offence and could be fined or jailed for up to six months, or both.

Mpumalanga premier Refilwe Mtsweni-Tsipane says she was only without a mask for a brief period on Sunday, at the funeral of late minister in the ...
Politics
1 year ago

Police minister Bheki Cele has ordered an investigation into the circumstances around Mpumalanga premier Refilwe Mtsweni-Tsipane not wearing a mask ...
Politics
1 year ago

In one of the videos circulating on social media, deputy president David Mabuza can be seen signalling to the premier to wear a mask.
News
1 year ago