'In our view, the AG's word is final - it's the final authority' 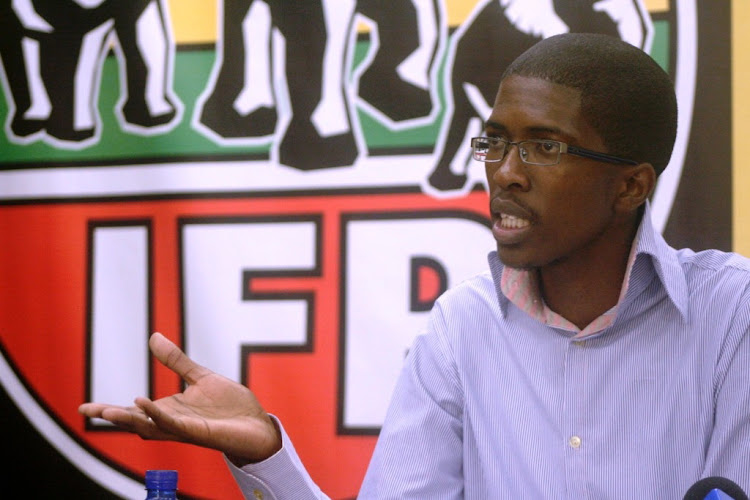 Scopa chairperson Mkhuleko Hlengwa has chastised the National Treasury for delaying the submission of its annual report and financial statements in parliament - amid a stand-off with the office of the auditor-general.

Finance minister Tito Mboweni last week wrote to speaker Thandi Modise asking for a further extension to the deadline amid disagreements with the AG.

In his letter, he cited a dispute with the office of the auditor-general, which has been referred for legal scrutiny, as one of the reasons for the delay. He did not disclose the details concerning the dispute.

Modise has granted the extension, but Hlengwa told TimesLIVE he wasn't impressed with the Treasury.

“It's regrettable that National Treasury, ordinarily the custodian of the PFMA [Public Finance Management Act], who are now wrangling with the auditor-general ... that doesn't inspire confidence.

Action SA Leader Herman Mashaba has urged President Cyril Ramaphosa to trim his cabinet instead of raising taxes to fund the procurement and rollout ...
Politics
8 months ago

“Just on that basis, we will have to look at their issue through a different lens than anybody else because they are the centre. So this kind of development is worrisome and we must push back on it so that it does not set into motion precedent whereby [there are disputes with the AG]. In our view, the AG's word is final - it's the final authority,” said Hlengwa.

He said though it was provided in law for departments to ask for extensions for the deadline to submit their annual report, the Treasury would be called to explain itself at Scopa.

He could not give a set date as parliament was still in recess.

Hlengwa said the Treasury was not the only department or entity which had asked for a postponement for submitting their annual report in the past.

Last year, SAA was at loggerheads with Scopa over its failure to submit financial statements for two years.

Hlengwa said his committee was putting together a list of departments who had complied and submitted their annual reports on time, after they were initially given an extension due to changes brought about by the Covid-19 lockdown last year.

“What we generally do is that we schedule all those that have made requests for late submission to come and explain their reasons, because some of the letters [to ask for postponement] are silent on why they are not submitting,” said Hlengwa.

Voters will finally know who funds the political parties that contest elections, more than a year after President Cyril Ramaphosa signed the ...
News
8 months ago

Economists expect that the shortfall will come in at no more than R280bn, and possibly as low as R230bn, thanks to the economy bouncing back strongly ...
Business Times
8 months ago

HILARY JOFFE: February's budget will be written in pencil, not ink

‘I would love to pretend I dreamt about being an auditor when I was a little girl but that would be untrue. I was raised by a father who was an ...
Opinion & Analysis
10 months ago