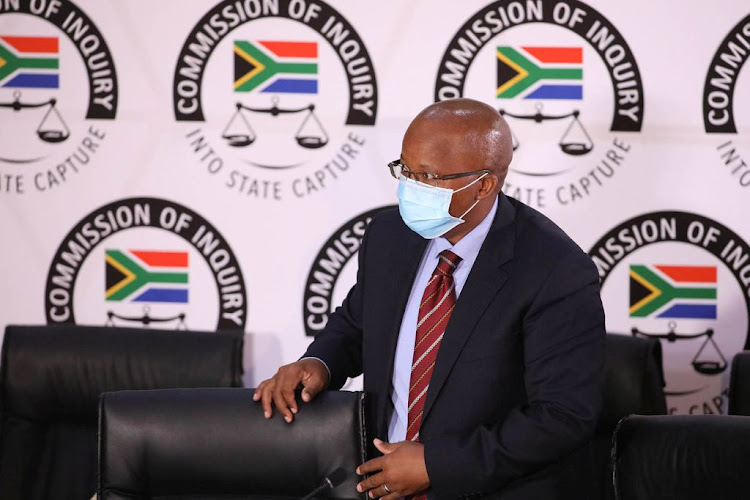 Former State Security Agency (SSA) director-general Arthur Fraser has disputed claims made by his successor Loyiso Jafta that R125m disappeared from the agency's coffers under his watch.

Jafta made the claim at the Zondo commission on Tuesday.

According to Fraser, the R125m that was unaccounted for in the 2017-18 financial year, which Jafta claimed emanated from operations housed at Fraser's office, was in fact occasioned by Jafta failing to do his job.

“This being almost three years since our client [Fraser] left SSA, this was the first time that he heard about this huge amount of money being unaccounted for under his watch,” said Kgoroeadira.

“Mr Jafta, as the accounting officer, had a duty to raise these worrying findings with Mr Fraser and he knew where Mr Fraser was but did nothing about it.

“For the record, we have been advised that the R125m was unaccounted for during the 2017-2018 financial year owing to SSA, under Mr Jafta's leadership, not supporting the auditor-general with the supporting documents which they had and continue to have, while SSA conducted what is clearly a malicious investigation against Mr Fraser.”

Acting State Security Agency director-general Loyiso Jafta rose to prominence in the public gaze this week with his testimony at the state capture ...
News
1 year ago

The State Security Agency lost R125m from its coffers without anyone accounting for it during the 2017/18 financial year - and the money was ...
Politics
1 year ago

The SSA and its financial resources were used to advantage the governing ANC against other political parties during election contests that took place ...
Politics
1 year ago