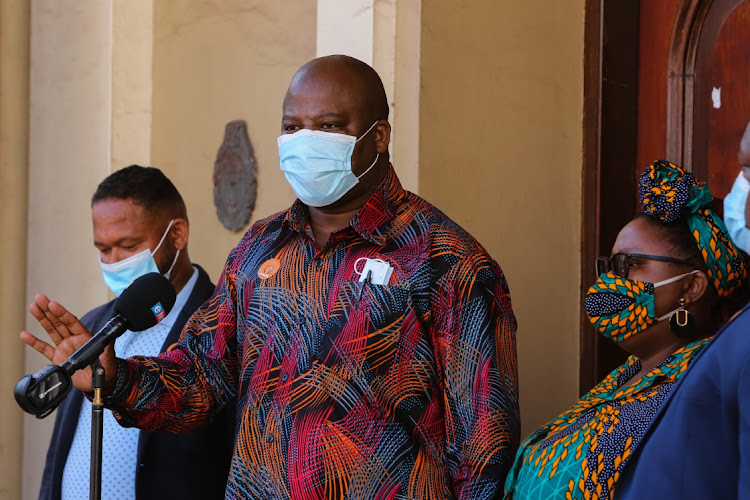 HeraldLIVE reported that Bhanga received 62 votes out of a council of 119 councillors while his opponent, EFF councillor and the party’s regional chair Amandlangawethu Madaka received 57 votes.

The meeting comes after Port Elizabeth high court acting judge Denzil Potgieter ordered council speaker Buyelwa Mafaya to ensure the meeting took place before Friday, with the election of a mayor the only item on the agenda.

Co-operative governance MEC Xolile Nqatha had dragged Bhanga and 14 others to court, challenging the legality of his election during a December 4 2020 council meeting.

The DA later proposed the rerun of the election as an out-of-court settlement deal.

Potgieter declared Bhanga’s election as mayor invalid, but suspended his invalidity using Section 172(1)(b) (ii) of the constitution.

After his election after winning via secret ballot on Thursday, Bhanga promised to work with the residents and move the metro forward.

He said opportunities in the city would not be defined by the colour of someone’s skin, or age.

With a cash injection from the National Treasury of more than R1bn, Bhanga promised to increase the city’s expenditure.

“Our expenditure is sitting at 31%,” he said. “This money might be taken back because we spent a year fighting. We can’t change things in six months but we’ll try,” he said.

The party has only 49 seats, while the current coalition government of the DA, UDM, COPE, UF and AIC has 63.
Politics
11 months ago

How the ANC fares in this year’s municipal elections will largely depend on how it handles the outcome of the state capture inquiry report and gains ...
Politics
1 year ago