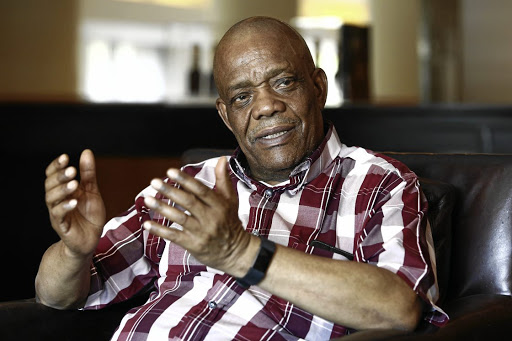 North West premier Job Mokgoro says he will refuse to recognise his suspension as an ANC member.
Image: Thapelo Morebudi

North West premier Job Mokgoro has vowed not to recognise a decision by the ANC interim provincial committee to suspend his party membership.

It emerged on Saturday that the committee had decided to suspend Mokgoro’s membership but the reasons were not immediately clear and committee head Hlomane Chauke refused to give details.

He told TimesLIVE there would be a media conference on Sunday.

The suspension decision comes after party bosses established Mokgoro was among ANC members of the provincial legislature who defied the party mandate this week by voting for a DA MPL as “a chair of chairs”.

Mokgoro is adamant he remains an ANC member in good standing and said he would remain premier of the politically unstable North West.

“That’s exactly true,” Mokgoro said when he was asked whether, as far as he is concerned, he remains premier and an ANC member.

He said due process was not followed as the structure opted to communicate its decisions through the media and had not told him why his membership ought to be suspended.

“You know, this time I must thank the media, Nobody has spoken to me about this thing except the media,” Mokgoro said.

“There’s no respect for natural justice. Nobody has sent me anything.”

Bakgatla Ba Kgafela chief John Pilane, whose certificate of recognition as chief was withdrawn by North West Premier Job Mokgoro in July, has ...
News
1 year ago

North West premier Job Mokgoro has complained to parliament about the national government's control of his province, telling MPs the tedious process ...
News
1 year ago

Job Mokgoro has gone into "voluntary quarantine" at a provincial hospital after testing positive for Covid-19, his spokesperson said on Wednesday.
News
1 year ago