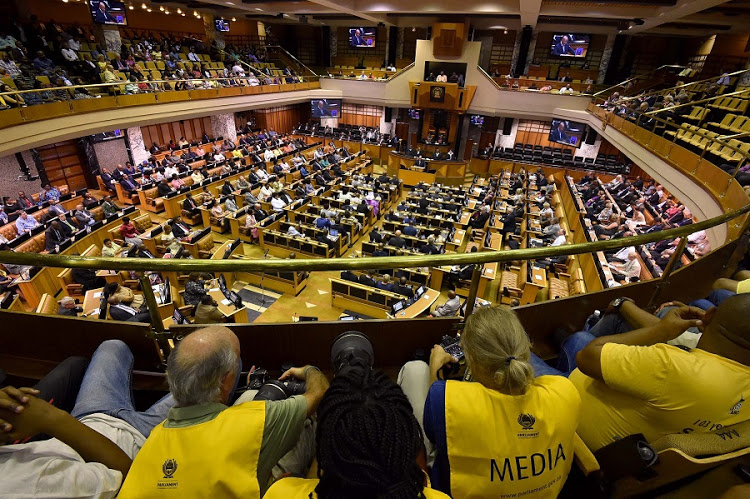 Former parliament Eskom inquiry chairperson Zukiswa Rantho says some ANC MPs were more interested in the image of the party than doing what was right. File photo.
Image: GCIS

Former ANC MP and chairperson of the inquiry into Eskom, Zukiswa Rantho, on Tuesday revealed that ANC MPs were more loyal to the party than doing what was right.

Rantho was testifying before the state capture commission about events leading up to the inquiry into Eskom by parliament in 2017.

According to Rantho, the establishment of the inquiry split the ANC caucus as some members opposed it.

Those ANC MPs in opposition to the formation of the inquiry, she said, reasoned that it would embarrass the ANC by implicating some of its members.

But Rantho said the portfolio committee on public enterprises as well as the ANC faction that supported the idea of the inquiry ended up emerging dominant.

In the ANC caucus wars, claimed Rantho, the comfort was having then chief whip Jackson Mthembu on the side of those that were pro the inquiry.

“The issue of the inquiry was taken to the caucus of the ANC and discussed. There were members who felt it was not necessary to have the inquiry. They felt members of the ANC would be implicated and that would mean the ANC is divided,” said Rantho.

“But as a committee we said we are going to go through with the inquiry. The then chief whip, honourable Jackson Mthembu, assured us to continue even if there were people in the ANC caucus who were opposed to the inquiry.”

Rantho, for pushing through with the inquiry, would face the music in the form of intimidation.

The threats were not limited to her but her family was also affected after her children and husband were followed by unknown individuals.

Said Rantho: “We were living in fear but when I informed National Assembly speaker about intimidations, there was a follow-up by security personnel. There were people that were looking from afar what was happening to my house and to my family.

“Mr [Ntuthuzelo] Vanara (evidence leader of the inquiry) came to me one evening and said we must identify a spot where we could not be seen ... He himself was in deep fear of what was going to happen to him.”

The inquiry eventually concluded its work and issued a report in 2018.

However, the following year, Rantho would be omitted from the ANC list of members set for parliament after the 2019 general elections.

“After giving the report in 2018, there were elections in 2019 and I was not re-elected to parliament by my own branch and my own region,” she said.

And as such, that was the end of her political career.

Rantho has completed her evidence at the Zondo commission.

The ANC will discuss former president Jacob Zuma’s decision to not co-operate with the state capture commission at its national executive committee ...
Politics
1 year ago

'I do not fear being arrested': Zuma flouts Constitutional Court order

Former president Jacob Zuma has vowed not to co-operate with the state capture inquiry despite a ruling by the Constitutional Court compelling him to ...
Politics
1 year ago

Next month Jacob Zuma will face tough questions at the Zondo commission.
News
1 year ago