Eskom spent R840m on flats for staff, but no-one can live in them 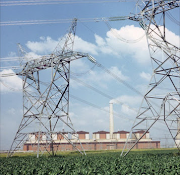 Image: Eskom Eskom built flats at the Kusile power station at a cost of R840m, but parliament was told of Wednesday that they were uninhabitable. File picture.

Eskom squandered more than R800m building flats for construction workers at its Kusile power station — but parliament was told on Wednesday that the flats were uninhabitable.

The company had budgeted R160m for the Wilge Residential Development Project, a few kilometres from Kusile. Now, some nine years later, MPs heard on Wednesday that R840m was spent, that the project remains incomplete and that the units are uninhabitable.

This emerged during a meeting of parliament's public accounts watchdog Scopa, as the auditor-general tried to explain Eskom's fruitless and wasteful expenditure — which shot up from R8m in 2018 to R2.9bn in 2020.

The AG's Siyakhula Vilakazi explained that, in the main, about R2.1bn of this expenditure was a result of poor contract management, which consisted of over-payments and projects that were never finalised.

“One that saddens me, or was a lowlight for me, as part of the R2.4bn increase was the money spent on building the Wilge flats,” said Vilakazi.

He said the flats were built next to the Kusile power station as they were meant to house the technicians who were going to be working there. But the flats never got finished until the technicians started leaving.

Vilakazi said the budget for the flats was R160m and the actual expenditure when the project was stopped was around R840m.

“How the budget ballooned from R160m to R840m ... it's actually very difficult to get credible answers to that,” he said.

“That building has been impaired down to zero because where it is sitting now it's very difficult to get tenants who would be willing to pay market-related rentals. It is also not in a state or condition where people can live in it,” said Vilakazi.

For someone to take over that building, Eskom would have to pay them, he said.

The Mail & Guardian reported in October 2019 that Eskom entered into a contract with the Liviero Group to construct the Wilge flats in July 2012. The paper reported that the group has since gone under voluntary business rescue, and one of its companies has been liquidated.

The flats are incomplete and unused, while workers travel up to 50km a day to work at Kusile.