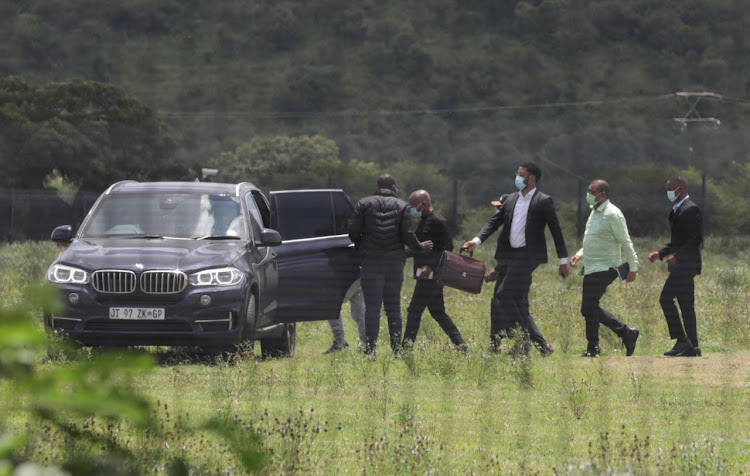 Malema is meeting Zuma over tea on Friday at the former president’s multimillion-rand Nkandla homestead in KwaZulu-Natal.

He arrived by helicopter in the company of advocate Dali Mpofu, national chairperson of the EFF.

It is not yet clear what the pair are expected to discuss but it has been speculated  Malema will try to convince Zuma to appear before the state capture inquiry.

The meeting comes after Zuma announced he would defy a Constitutional Court order by refusing to appear before the inquiry.

It is also understood the two will come out of the meeting after smoking a peace pipe following years of bitter political rivalry that saw Malema fired from the ANC, only to form the EFF, a move that catapulted him to parliament where he became a thorn in Zuma’s side.

The former president and EFF leader are set to meet "for tea" today.
Politics
11 months ago