POLL | Should the state capture inquiry be granted another three-month extension? 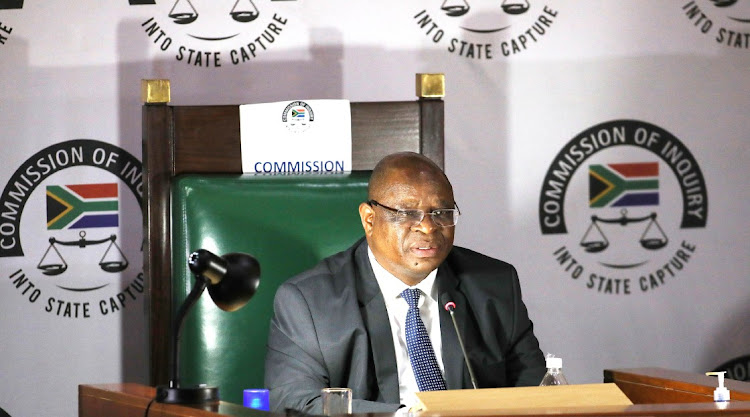 The state capture inquiry has filed an urgent application to extend its tenure until the end of June, saying the Covid-19 lockdown meant a three-month delay it could not have anticipated. File photo.
Image: Veli Nhlapo

Deputy chief justice Raymond Zondo has filed an urgent application to extend the state capture inquiry by another three months, until the end of June.

The inquiry’s term was extended to the end of March after Zondo was granted a final extension last year.

In an affidavit this week, Zondo said the Covid-19 lockdown had an impact on the inquiry, which resulted in a three-month delay it could not have anticipated.

Zondo said even though the last extension was ordered by the court to be “final”, this should not tie the hands of the court.

He said factors had arisen that “were outside the control of the commission and could not have been anticipated at the time”.

Outstanding evidence still to be heard

Outstanding evidence still to be heard by the inquiry includes that of former president Jacob Zuma.

Despite a ruling by the Constitutional Court compelling Zuma to appear before the inquiry, he publicly vowed to defy the order and said he does not fear going to prison should his decision not to co-operate with it be considered a violation of the law.

Zuma is expected to appear before the inquiry on February 15. Should he not, he will not only be in breach of the Commissions Act but would also be in breach of an order of the highest court in the land.

In December, Zondo revealed that nearly R800m had been spent on the inquiry and its work.

Zondo said a portion of the money spent would be repaid by consulting firm McKinsey & Company.

“When people look at the money spent on the inquiry, they need to remember the terms of reference are very wide,” he said.

“They also need to remember this is a very important inquiry and its work needs to be done properly.”

Why didn’t you stop the rot, ANC? Zondo reads party the riot act

State capture probe leader scathing in his summary of ANC’s policies and leadership, says it must explain itself
Politics
1 year ago

Fikile Mbalula pulled a clip of Zuma from 2018 in which he urged leaders to comply with the commission.
News
1 year ago

SA's problems are due to cadre deployment, says the DA as it calls on Ramaphosa to account

The bulk of SA's problems stem from the ANC's policy of cadre deployment, which the state capture commission must tackle or the problems will ...
Politics
1 year ago