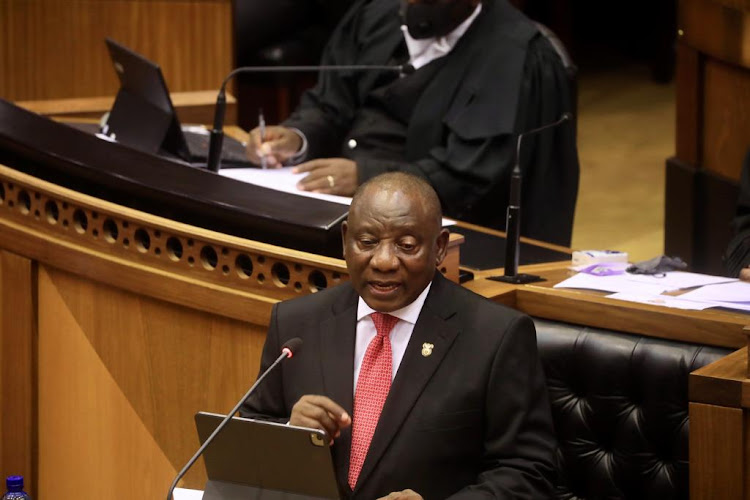 The government has resolved to establish a land and agrarian reform agency to fast-track land reform, an issue which has been the subject of intense public discourse.

President Cyril Ramaphosa announced the new agency in his state of the nation address on Thursday night. He revealed that the country's agricultural sector had performed “remarkably well” despite the havoc caused by Covid-19. This as SA continued to grapple with high unemployment, poverty and inequality.

“In 2020, we became the world’s second-largest exporter of citrus, with strong export growth in wine, maize, nuts, deciduous fruit and sugar cane,” he said.

The stellar performance was made possible by favourable weather in 2020 and the beginning of 2021 which has meant that agriculture was likely to continue growing, he said.

This was an opportunity for further public-private partnerships in agriculture to promote transformation and ensure sustainable growth.

“It is an opportunity to accelerate land redistribution through a variety of instruments such as land restitution and expropriation of land in order to boost output,” he said.

The government has redistributed more than five million hectares of land, totalling around 5,500 farms, to more than 300,000 beneficiaries.

This is in addition to the land restitution process, which the  president said benefited more than two million land claimants and resulted in the transfer of around 2.7 million hectares.

However, government still needed to do more.

“We are also pursuing programmes to assist smallholder and emerging farmers with market access, to develop skills across the entire agricultural value chain and increase the number of commercial black farmers. During the course of the next financial year, we will establish a land and agrarian reform agency to fast-track land reform,” Ramaphosa said.

In 2020, agriculture, land reform & rural development minister Thoko Didiza, announced plans to lease 700,000ha of farmland acquired by the state to black farmers, which would offer a 30-year leasehold, with an option to buy.

The much-anticipated, but frequently delayed, switch from analogue to digital TV transmission will begin in March, President Cyril Ramaphosa said on ...
Politics
1 year ago

2021 local government elections will go ahead as planned: Cyril Ramaphosa

Local government elections will continue as planned this year, President Cyril Ramaphosa announced during his Sona.
Politics
1 year ago

IN FULL | 'This is no ordinary state of the nation address': Cyril Ramaphosa delivers 5th Sona

President Cyril Ramaphosa on Thursday delivered what he admitted was "no ordinary state of the nation address", focusing on Covid-19, economic ...
Politics
1 year ago