Steenhuisen wants low key Sonas from now on: 'We should focus on what politicians say, not fashion' 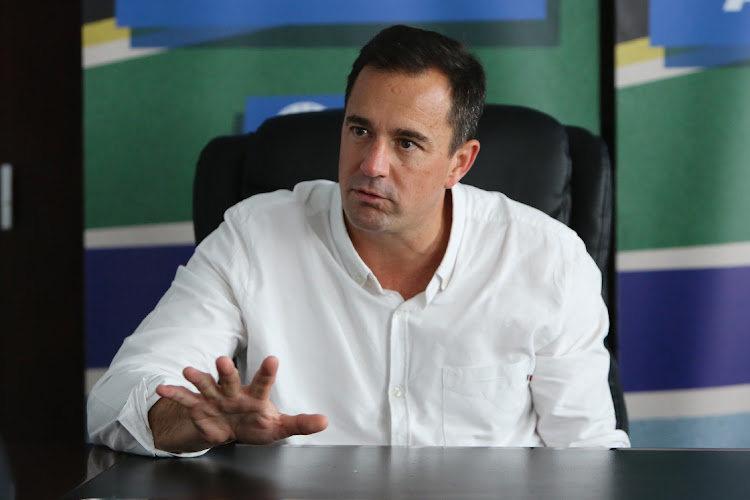 DA leader John Steenhuisen has called for a low-key and low-budget Sona after the pandemic. File photo.
Image: WERNER HILLS

DA leader John Steenhuisen said on Wednesday a toned down, low-budget state of the nation address should be a norm for SA after the Covid-19 pandemic.

This, he said is necessary to maintain focus on more important issues rather than fashion and red carpets.

“I hope that this Covid-19 crisis is going to bring an end to that nonsense around the red carpet, where you have politicians parading like they are media celebrities rather than people's representatives there to do a serious job.

“People should be worried about what [politicians] are saying not what they are wearing,” he said.

Steenhuisen made this comment during a live discussion with DA spokesperson Siviwe Gwarube and party chief whip Natasha Mazzone on the “Real state of SA”.

Gwarube added: “It's so out of step with reality. You've got young people, over 50% of them who have no jobs and over 10 million South Africans who are unemployed, starving and you have politicians rolling around on the red carpet. It's so detached.”

Parliament has finalised logistics for the 2021 state of the nation address (Sona) to be attended in person by only a handful of guests on Thursday ...
Politics
1 year ago

President Cyril Ramaphosa's state of the nation address on Thursday will cost the country just over R100,000, saving millions of rand.
Politics
1 year ago

President Cyril Ramaphosa is set to deliver his fifth Sona on Thursday evening, and parliament said on Wednesday that the event will be different from past events due to the pandemic.

Only 50 MPs will be allowed in the house, with the rest expected to join the address virtually.

Exclusions for this year's Sona include the red carpets, Imbongi (praise poet), military parade leading the presidential procession, guard of honour by the National Ceremonial Guard, and 21-gun salute.

Mazzone said the DA was of the view that Ramaphosa should address the nation virtually but he insisted on the official opening of parliament. She said the usual glitz and glamour is not necessary this year as SA needs to channel as much money as possible towards the procurement of the vaccines.

“We're a country in mourning ... In parliament we have lost 12 members to Covid-19, many of our MPs have lost family members and friends. We also have no money and any extra cent that we can find needs to be pumped into buying vaccines.”

Parliament has finalised logistics for the 2021 state of the nation address (Sona) to be attended in person by only a handful of guests on Thursday ...
Politics
1 year ago

When President Cyril Ramaphosa stood on the podium of the National Assembly to deliver his state of the nation address around this time last year, he ...
Politics
1 year ago

EDITORIAL | It took a pandemic, but Sona has finally been shorn of its pageantry

SA doesn’t need vanity fairs, so let this year’s stripped-down state of the nation address be a template for the future
Opinion & Analysis
1 year ago