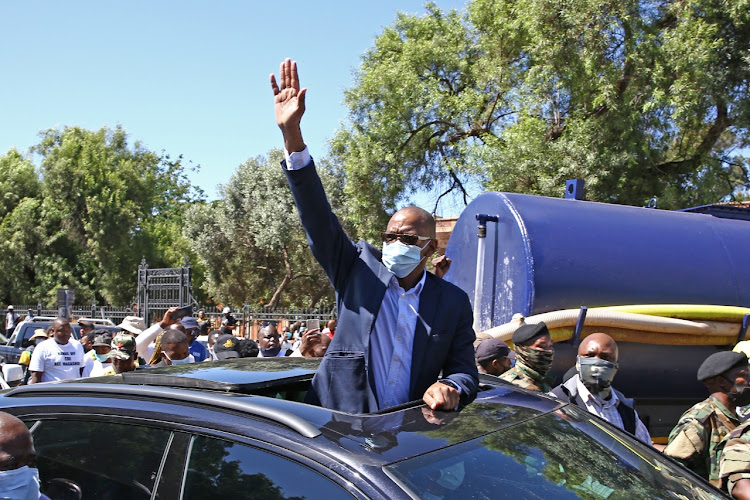 On Friday the 11 accused and five companies implicated in the asbestos fraud and corruption case made a brief appearance in the Bloemfontein magistrate’s court before their case was postponed to August 11 for pre-trial proceedings. 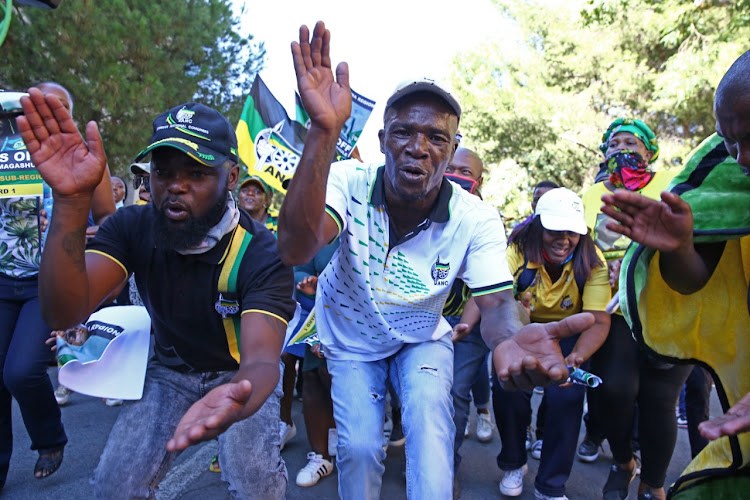 People sang and danced outside the Bloemfontein magistrate's court on Friday to show their support for Ace Magashule.
Image: Thapelo Morebudi/The Sunday Times 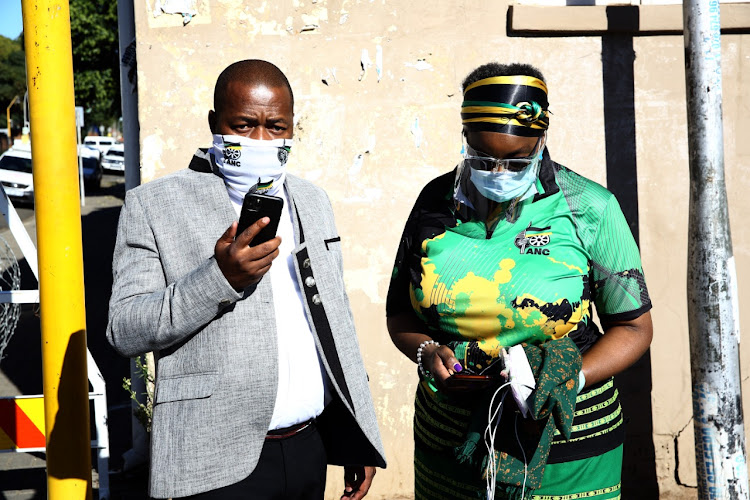 LISTEN | 'I have done nothing wrong': Ace Magashule after corruption trial appearance

Seven co-accused were arrested a month earlier and all were released on hefty bail amounts ranging from R50,000 to R500,000.

Droves of supporters and top ANC officials who maintain Magashule’s innocence over the corruption charges were seen outside the court while a heavy police presence controlled the growing crowd. 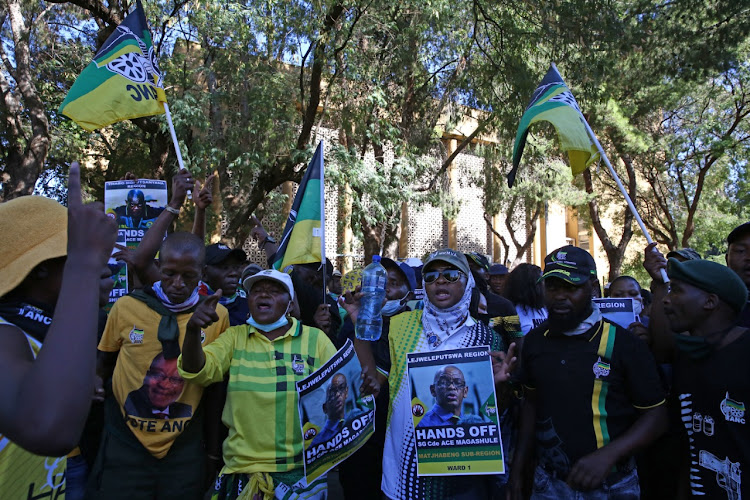 The ANC had called for supporters of the accused to adhere to Covid-19 regulations which prohibit political gatherings under this level of lockdown, but some within the ANC’s ranks have been rallying crowds in support of Magashule. 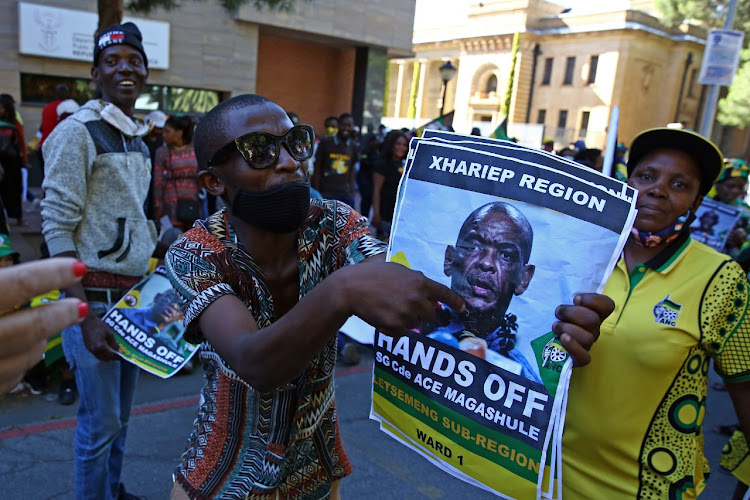 Police in riot gear at the Bloemfontein magistrate's court for the appearance of Ace Magashule and his 10 co-accused. The case was postponed to August 11 for pre-trial proceedings.
Image: Thapelo Morebudi/The Sunday Times

The much-anticipated address by ANC secretary-general Ace Magashule to hundreds of his supporters in Bloemfontein will no longer take place.
Politics
1 year ago

It will be a lengthy wait before ANC secretary-general and former Free State premier Ace Magashule and his co-accused confirm or deny their ...
News
1 year ago

The three people who have been added to the asbestos fraud and corruption case have been named.
News
1 year ago