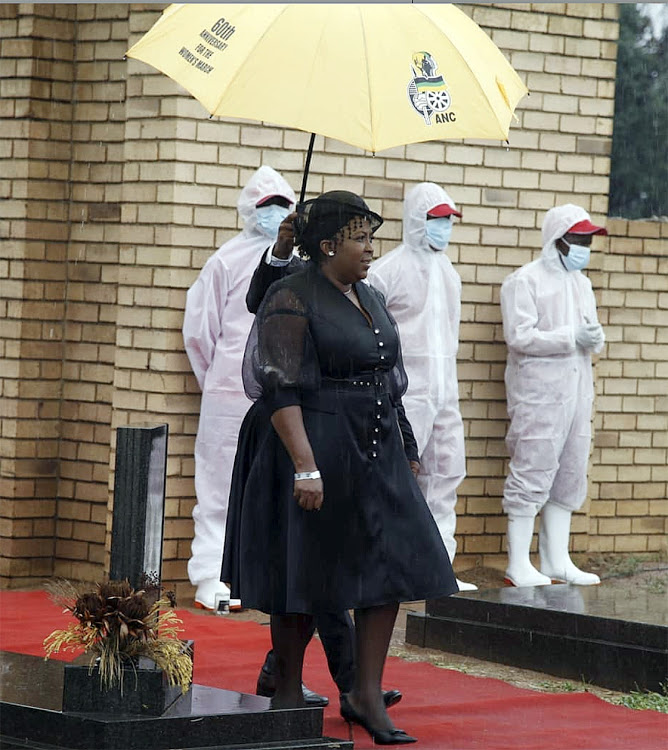 The DA on Wednesday said it believed the reshuffling of the Mpumalanga cabinet was a clear reflection of the political factions at play in the province.

“It is clear that the Refilwe (Mtshweni-Tsipane] faction is gaining strength against the [David] Mabuza faction, however whatever the battles within the ANC, the DA in Mpumalanga will continue to hold the executive to account. Ultimately the people of the province must come above ANC petty politics,” said Jane Sithole, the DA Mpumalanga provincial leader.

Announcing the changes, Mtshweni-Tsipane said they were made in a bid to appoint hard-working and honest people to the positions.

“I have decided to reconfigure the executive council taking a number of considerations into account, key among which include members who embody commitment, hard work, integrity and the non-negotiable commitment to bettering the lives of our people,” she said.

She fired Gabisile Tshabalala as MEC of community safety, security and liaison, Norah Mahlangu from human settlements, Pat Ngomane who was the MEC of finance and Gillion Mashego who headed public works.

Refilwe Mtsweni-Tsipane says MECs in Mpumalanga will be monitored against specific outcomes and where there is non-performance, decisive action will ...
Politics
3 months ago

She said the new MECs should perform their duties or risk being removed.

“The performance of the newly constituted executive will be monitored against specific outcomes and where there is non-performance, decisive action will be taken,” she said.

But the DA said the booting out of Ngomane and Mashego were a ploy to oust all of Mabuza’s allies.

Contest to replace Mabuza as ANC Mpumalanga chair hots up

At one point, Ngomane had been tipped as the front-runner to replace Mabuza as Mpumalanga premier.

On the removal of Ngomane and Mashego from the executive council, the DA said: “We are pleased by the removal of Ngomane as MEC of finance, economic development and tourism as he failed to promote economic growth and tourism in the province. We are also pleased that the premier has finally heeded the DA’s calls to remove Mashego — he brought both the departments of Health and public works to their knees.

“The premier has clearly played her cards very carefully by moving Vusi Shongwe back to community safety, security and liaison from agriculture.”

The party hailed the appointment of Mohita Latchminarain as the MEC of public works, roads and transport.

“We have witnessed Latchminarain being firm in her portfolio committees and hope that she will continue to maintain her vigour in this position as an MEC and that she will fix the dilapidated department.”

The ANC’s National Executive Committee has announced that five of the seven premier candidates agreed upon will be male.
Politics
2 years ago