Finance minister Tito Mboweni has allocated R10.3bn to fund a massive vaccination programme to shield the entire population against Covid-19 in the next two years.

Mboweni announced this as he tabled the 2021/2022 budget before the National Assembly on Wednesday. 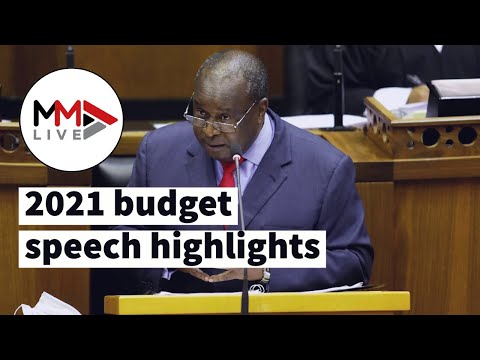 The budget documents Mboweni presented to parliament showed that the National Treasury had to reprioritise and do away with some government programmes to raise money to procure enough vaccines to achieve population immunity from the coronavirus.

In the 2021 budget review document, the National Treasury stated that “vaccines will play pivotal role in saving lives and livelihoods, and supporting economic recovery.”

Government aims to vaccinate at least 67% of the population against the coronavirus in the next 12 months.

The public vaccination programme started earlier this month, with front-line health workers enjoying top priority as government aims to vaccinate at least 80,000 workers after the procurement of the Johnson & Johnson vaccine.

But it has found itself scrambling to raise money for the vaccine rollout programme and had to source R283m from the Covid-19 Solidarity Fund to join the international Covax facility and ensure that SA receives its equitable share of the vaccine once it becomes available.

Mboweni on Wednesday detailed how the vaccine programme would now be directly financed by the National Treasury, with R6.5bn directly allocated to the national department of health “to procure and distribute vaccines”.

The national treasury had to reprioritise and do away with some government programmes to raise money to procure enough vaccines.

A further R100m would be channelled to the coffers of the SA Medical Research Council to fund vaccine research programmes.

R2.4bn would be allocated to the nine provincial health departments to allow them to administer the vaccines once procured and delivered by the national departments.

The government communications agency (GCIS) has also been given R50m “for an associated communications campaign,” aimed at educating the public about the benefits of a Covid-19 vaccine after the spread of misinformation on social media and other platforms.

Mboweni also indicated that the National Treasury stood ready to tap into the national contingency reserve and emergency reserve fund, which could see the vaccination programme costs shooting up to R19.3bn.

“Given uncertainty around final costs, an estimated R9bn could be drawn on from the contingency reserve and emergency allocations, bringing the total potential funding for the vaccination programme to about R19.3bn.”

The temporary employment relief scheme, which provides financial support to laid off workers and those earning reduced pay under the administration of the Unemployment Insurance Fund, has also been extended by another three months.