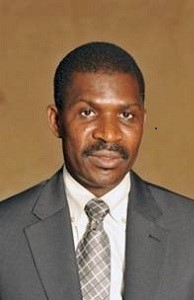 On Tuesday the city said Lukhwareni vacated the post effective February 28 after a “mutual termination of service” agreement was reached between him and the metro.

“This is a result of a free and voluntary engagement between the city manager and employer.”

According to the city, Joburg mayor Geoffrey Makhubo thanked Lukhwareni for his service to the residents of the city and wished him well in the future.

According to BusinessLIVE, Makhubo said in an interview that the “separation” was preceded by an engagement with Lukhwareni over the city executive’s unhappiness with the level of service delivery in the city.

Lukhwareni was appointed in October 2016  when Herman Mashaba was the city’s mayor.

Municipality calls it ‘desperate headline-grabbing’, but organisers are happy they brought attention to the problem
News
1 year ago

The City of Tshwane will soon find itself in court, as the water and sanitation department said it would go the legal route to force the repairs of ...
News
1 year ago

Safe, my Braam: Joburg launches plan to fight back against ‘crime and grime’