Future of first-year NSFAS students bleak, but all returning will be funded — Blade Nzimande 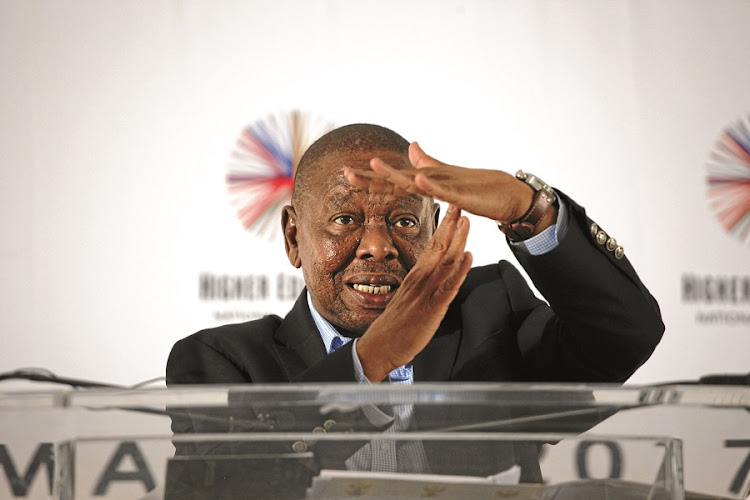 The future of thousands of first-time prospective students who have applied for the National Student Financial Aid Scheme (NSFAS) remains bleak, as the scheme grapples with the affect of Covid-19, budget cuts and the deteriorating economy.

This is according to the higher education minister Blade Nzimande, speaking on Monday.

Nzimande said the scheme was unable to confirm funding eligibility for the students at this stage, despite some institutions already forging ahead with registration and induction programmes.

“I am aware that this has caused great anxiety for prospective students and their families given that registration processes and induction programmes are already under way in some institutions. This situation has put considerable pressure on our institutions, which have been unable to finalise their registration and admission processes,” he said.

Explaining the reasons behind the funding shortfall, the minister said problems the scheme grappled with were largely — though not exclusively — as a result of Covid-19.

“We had, for instance, continued to pay NSFAS student allowances even at the time when universities and colleges were closed as part of helping with students' access to multimodal teaching and learning facilities. This means we have had an extended academic year which was not allocated additional money.

“Second, we had budget cuts across government departments.

“Third, because of the deteriorating economic situation, many NSFAS applicants who in the past were not meeting the funding requirements now do. Though they were able to pay in the past now because of retrenchments and the collapse of businesses they can no longer afford to,” said Nzimande.

NSFAS had a budget of nearly R35bn in 2020, up from R32bn in the previous year. It funded 700,000 students in 2020. Nzimande was unable to confirm if it would fund more or fewer students this year.

He, however, confirmed that all returning students would granted funding.

“It terms of the laws and policies regulating public finances, for departments and entities including the Public Finance Management Act, NSFAS is not able to commit to funding students without the requisite budget available.

The portfolio committee of higher education will summon Unisa’s executive to parliament to explain why it failed to comply with its enrolment ...
News
9 months ago

“I am, however, pleased to formally announce and confirm today that NSFAS is going to be funding all returning NSFAS beneficiaries who meet the academic and other relevant criteria for continuing with their studies,” he said.

Nzimande said the registration processes would be extended by two weeks.

The minister moved to assure first-time students that the backlog would soon be resolved.

“We are doing everything possible to resolve this issue as a matter of extreme urgency and we are quite hopeful we want to say so, in the light of the commitment by the minister of finance that no deserving student will be turned away if they meet the requirements.”

Nzimande added that 2021 funding guidelines would be finalised this week, after a decision by the cabinet.

Dr Blade Nzimande has welcomed the four-year investigation into allegations of “places for sale” at the University of KwaZulu-Natal medical school ...
Politics
9 months ago

The former public protector has pleaded with President Cyril Ramaphosa and higher education minister Blade Nzimande to withdraw the order that Unisa ...
News
9 months ago

Now that he’s assembling a team of vaccine scientists, let’s just hope Nzimande has a rethink on his attitude to science
Opinion & Analysis
9 months ago