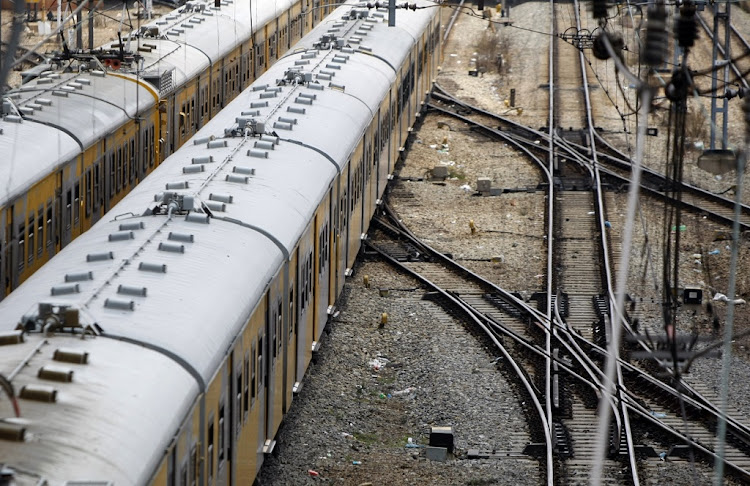 Transnet and the Special Investigating Unit (SIU) have approached the courts to review and set aside the four contracts the company entered into in 2014 to procure 1,064 locomotives.

Transnet bosses told parliament on Tuesday that the locomotives were irregularly procured with the initial estimated cost of R38.6bn, which escalated to R54bn.

The rail, port and pipeline company also wants a just and equitable remedy which has not yet been quantified. The application was launched on Tuesday, they said.

“Our review application seeks a just and equitable settlement for, among others, the recovery of excessive profits, kickbacks that have been demonstrated in our [court] papers,” said Sandra Coetzee, Transnet's chief legal officer.

She said they were distinguishing between the kickback numbers which are easily quantified with reference to business development agreements entered into, which is about 21% on the relevant contracts.

“With regards to the profits and excessive profits, we are going through a process of statement and rebatement with the original equipment manufacturers [OEMs, or suppliers] that will follow the filing of our papers to ensure that there is audited evidence that can support both our claim and a representation by the OEMs with regards to what reasonable costs would constitute,” she said.

Former Transnet boss Brian Molefe told the state capture inquiry on Tuesday he did not know that half of a R78m payment he approved for Regiments ...
Politics
1 year ago

“The exact quantum of the profit element has not yet been settled,” Coetzee added.

She was briefing parliament's public accounts watchdog Scopa on Tuesday.

Transnet has instituted civil claims to recover losses from those individuals as well, said Coetzee.

MPs heard that the two contracts with Chinese companies were suspended as a consequence of the concerns regarding criminal conduct, fraud and corruption.

Another contract with General Electric delivered in full while the fourth company, Bombardier Transportation, was continuing to deliver.

“We only commenced the process now with the filing to start engaging the OEMs to come to a just and equitable settlement that will include the return of the profits,” said Coetzee.

She said the remedy that Transnet sought is to retain what it has acquired minus the profits, so they can retain it on a reasonable-price basis and that which is defective and not remedied, is not retained.

It has been previously reported that Gupta companies who served as advisers to Transnet proposed an accelerated delivery schedule and rocketed the prices from the suppliers and pocketed billions. The Guptas entered through Regiments Capital and Trillian.

Allegations have been made that when the companies started with their work, the prices went up.

In a written presentation to Scopa, Transnet said it had instituted civil claims in the high court with regards to overpayment to Regiments for arranging the China Development Bank (CDB) loan and for risk-sharing model, loan transaction for funding of China North Rail (CNR) and China South Rail (CSR), and Transnet structured finance solution refurbishment of the rolling stock.

She said the two Chinese rail companies have not been forthcoming in terms of supporting them with spares.

As a result of the under-delivery, Transnet is forced to use locomotives that it had planned to retire from its operations, and as a result has a much higher failure rate and unscheduled maintenance that it has to undertake on the locomotives.

Public enterprises minister Pravin Gordhan said this was further evidence that after many tussles with everyone concerned, the new Transnet board has been decisive about recovering from “that very nefarious chapter in Transnet's existence”.

He said the management and board were repositioning and redirecting the business and ensuring that Transnet as a major logistics provider in SA is going to play a significant role in enhancing government's reconstruction and recovery plan.

Meanwhile, MPs heard that Transnet delivered revenue of R75.1bn in the financial year which ended in March 2020, an increase of 1.3% from the prior year.

On operating expenses, the company saw an increase of 1.9% to R41.1bn and capital investment of R18.6bn in the economy up 3.5% when compared with the previous financial year.

Transport minister Fikile Mbalula on Friday refuted claims that the new CEO of Prasa, Zolani Matthews, was "too old" for the position.
News
1 year ago