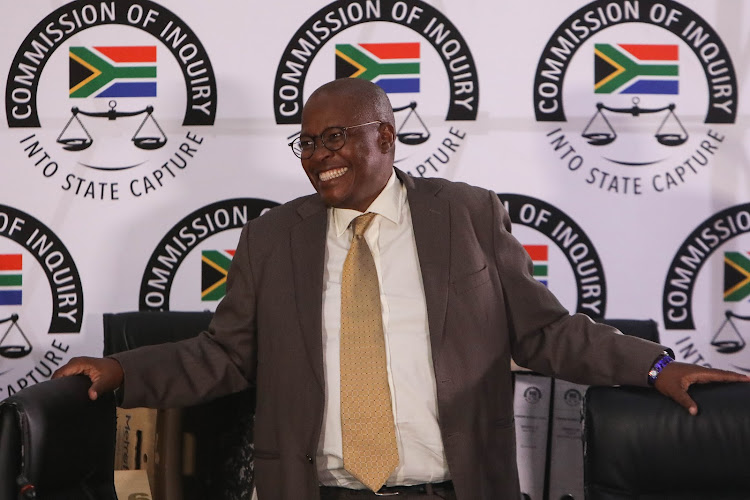 Brian Molefe admitted on Wednesday that, from time to time while still at Transnet, he would send his driver and protector to deposit some cash at the bank.

However, the money was from a burial society of which he was the treasurer, Molefe told the Zondo commission on Wednesday.

He was under the spotlight from evidence previously led by his former protector, named Witness 1, about incidents in which he allegedly saw Molefe carrying large sums of money.

The former driver had told the commission that Molefe, during working hours while busy at Transnet head office at the Carlton Centre, would send him to banks to deposit money.

The inference of where the money came from, according to the protector, was the Gupta residence where he alleged Molefe had gone several times only to come out with a sports bag that appeared to be loaded.

On one occasion, Witness 1 testified, Molefe had left his mobile phone in his bag while at a meeting at the Carlton Centre.

He sent the bodyguard to fetch the phone. He would discover, inside the bag, stacks of R200 notes.

Molefe denied that he had stacks of money half filling his infamous leather backpack. But he admitted to sending his driver to deposit cash at the bank.

Asked where the cash came from, Molefe said: “Sometimes when we go to a burial society, people pay cash and I take it to deposit it.”

An unconvinced commission chairperson, deputy chief justice Raymond Zondo, asked him why he would be collecting cash from the burial society, and if he was the treasurer.

“Yes,” he replied, before Zondo pushed him. “What was it called?” asked Zondo.

Molefe said it was called Maapala, seemingly after his grandmother. What happened to the burial society, Zondo wanted to know.

It still exists, he said, “but we have not met since Covid”.

Molefe slammed his ex-driver for implicating him, saying he knew why he did it but could not divulge it as this would reveal his [the driver's] identity, which was concealed because he feared for his life.

“Who is threatening his life? I really do not understand, you are saying because he made this statement, his life is threatened, by who?

“I do not know anything about the threats and I do not want to speculate,” said Molefe. “The way his statement is crafted, is generally true, except that there is this spice of cash he has put in. It is cleverly calculated to imply and cast aspersions on me.

“I never got any money from the Guptas,” Molefe said.

Former Eskom boss Brian Molefe insisted on Tuesday SA was on the right track in pursuing a nuclear build project which was abandoned owing to ...
Politics
1 year ago

Former Transnet boss Brian Molefe told the state capture inquiry on Tuesday he did not know that half of a R78m payment he approved for Regiments ...
Politics
1 year ago