'The turbulence, instability and unrest at institutions of higher learning at the beginning of each year is unsustainable,' ANC MP Nompendulo Mkhatshwa said 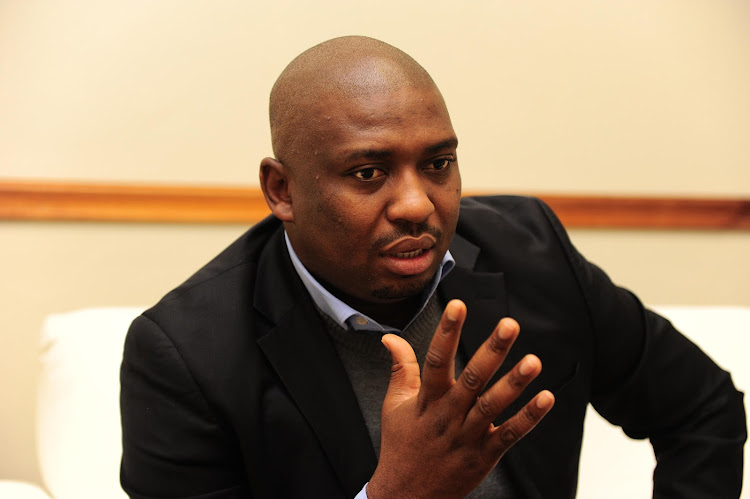 The deputy minister of higher education and training, Buti Manamela, said the shooting of a bystander during a Wits protest on Wednesday was unfortunate and unnecessary. File photo.
Image: Peter Mogaki/The Sowetan

The shooting of a bystander during a student protest in Braamfontein on Wednesday was “unnecessary”, deputy higher education minister Buti Manamela said.

The incident formed part of parliament's higher education portfolio committee meeting on Wednesday, with MPs lamenting what had happened.

“We have received the news [of the shooting]. We are trying to find more information so that we extend our condolences to the family. This is quite unfortunate, and obviously unnecessary. We do not encourage or condone situations wherein during protest there is loss of life,” Manamela said.

The students took to the streets under the banner #asinamali (“we do not have money”), protesting against the financial exclusion of students with historical debt and for registration processes to be halted to accommodate those waiting for NSFAS funding approval.

MP and former Wits student leader Nompendulo Mkhatshwa said the ongoing protests at various institutions were a result of inadequate planning from the higher education sector.

The Independent Police Investigative Directorate (Ipid) says four investigating officers have been tasked to investigate the shooting in ...
News
1 year ago

“The reason this particular portfolio committee has prioritised the conversation ... is because we have emphasised that the turbulence, instability and unrest at institutions of higher learning at the beginning of each year is unsustainable,” said Mkhatshwa.

“The death of this particular civilian, who was not even protesting, ought to remind us that we should getting to a point where we are able to begin each academic year without having the kind of instability we have at institutions right now.

“It is almost like we don't know when a new year is coming.”

Khosa told the committee he joined the meeting from a location close to Wits, where the protest had been taking place.

“What is happening outside is sad. I hope the noise is not interfering into our  presentation here.

“I think what is happening shows in so many ways the significance of the presentation that we are making to you, chairperson, and it invokes the role that NSFAS should play in both access to education and to economic development in this country,” he said.

Two Wits University student reporters were injured and three people arrested after violent clashes between protesters and the police in Braamfontein ...
News
1 year ago

The protest comes two days after education minister Blade Nzimande announced that there was a shortfall in NSFAS funding which would affect first-time students.

Explaining the reasons behind the shortfall, the minister said problems the scheme grappled with were largely — though not exclusively — as a result of Covid-19.

Nzimande said the scheme was unable to confirm funding eligibility for the students at this stage, despite some institutions already forging ahead with registration and induction programmes

However, his deputy, Manamela, moved to assure the country that the department was committed to resolving funding issues which affected various institutions across the country.

“We are in contact with the university [and] the vice-chancellor. We are also trying to get hold of the student leadership so that the issues are resolved as speedily as possible,” he said.

“Yes, some of the issues relate to what we regard as national issues, but most of the issues that we browsed through are issues which both the leadership of the university and of the students can and should be able to sit around the table and resolve. We will give them the support they need.

“We will try our best to ensure that we give the institutions the support they need for them to resolve these issues.

“Also, we want to indicate that we remain committed to support all the institutions to conclude the registration process as speedily as possible, and where there are challenges, we will address them.”

The man was allegedly hit by rubber bullets fired by the police.
News
1 year ago

Students took to the streets under the banner #asinamali (we do not have money).
News
1 year ago