Minister told thousands of students are suffering because of poor leadership, amid heightened protests 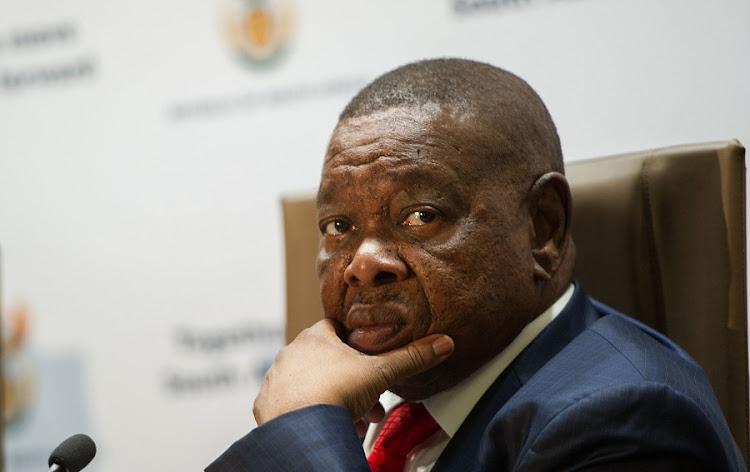 Higher education and training minister Blade Nzimande on Wednesday denied allegations that thousands of students were suffering as a result of incompetence under his leadership, amid heightened student protests.

Nzimande came under fire at the National Assembly on Wednesday afternoon during a Q&A session.

Earlier in the day, students clashed with police at Wits University, with one man — a bystander — shot dead.

IFP MP Mthokozisi Nxumalo said the protesting students were demanding “what is rightfully theirs”, and warned Nzimande that more students would take to the streets because of lack of assistance by NSFAS.

“The reality, minister, is that our students are suffering in the hands of those who are running institutions. They are not getting any form of assistance and there is no hope that they will get any assistance under your leadership. Hence you will see that, every year during this time of registration, students are suffering and there are strikes. But your department has done absolutely nothing to address this,” said Nxumalo.

The student protest comes two days after Nzimande announced that there was a shortfall in NSFAS funding which would affect first-time students. Explaining the reasons behind the shortfall, the minister said problems the scheme grappled with were largely — though not exclusively — as a result of Covid-19.

Nzimande said at the time that the scheme was unable to confirm funding eligibility pending a decision by the cabinet.

But on Wednesday he confirmed that a decision on the 2021 funding guidelines was taken. He was not, however, at liberty to make an announcement on behalf of the cabinet, saying he would have a press briefing during the course of the week.

Nxumalo did not mice his words.

“You have been a minister for some time now, but it seems like you are not able to respond effectively to matters raised by our students and NSFAS beneficiaries ... You know, one might be even tempted to say you are incompetent to run the department, because every academic year, students are not getting benefit from your office,” argued Nxumalo.

Responding to the allegations, Nzimande said it appeared as though Nxumalo disliked him as a person, and he had difficulties to responding because he was speaking in generalities.

“Every problem that I receive in my department, whether it's an appeal from a parent or current student, I have got machinery to deal with that [and] so does NSFAS. I want to challenge Honourable Nxumalo, don't speak in generalities as an MP. Give me a list of students who are having problems, who have not been responded to either by department or NSFAS. I can promise I'll follow that up, and I will begin to give you a response in no time.

“The reason you are not doing that is because you are grandstanding, saying students are suffering. What do you mean?” said Nzimande.

The man was allegedly hit by rubber bullets fired by the police.
News
1 year ago

Commenting on issues at Wits, the minister said more than 90% of students had successfully registered - “95% of all the students who are going to be taken by Wits are already registered as I speak now. I am in touch with all the universities, not just Wits, especially at this time of the year.

“It does not mean that there may not be students with a problem, but don't take that problem to mean that everything is haywire and is falling apart. We have got all the processes to deal with all the problems,” said Nzimande.

The minister resorted to using isiZulu to reiterate his stance.

“Letha inkinga Mkhathswa, musa ukuzokhononda useyintsizwa encane kanje, letha ngzozilungisa ...” he said, which is loosely translated means to “bring all the problems to me and I will deal with them accordingly, you should stop complaining, young man”.

ANC MP and former student leader Nompendulo Mkhatshwa was among those vocal on the issues students grappled with at the start of the academic year.

Nzimande moved to allay student fears by stating that no deserving, especially poor, student would be left out.

Nzimande is expected to hold a media briefing to communicate the 2021 funding guidelines later this week.

The shooting of a bystander during a student protest in Braamfontein on Wednesday was "unnecessary", deputy higher education minister Buti Manamela ...
Politics
1 year ago

Future of first-year NSFAS students bleak, but all returning will be funded — Blade Nzimande

The Independent Police Investigative Directorate (Ipid) says four investigating officers have been tasked to investigate the shooting in ...
News
1 year ago