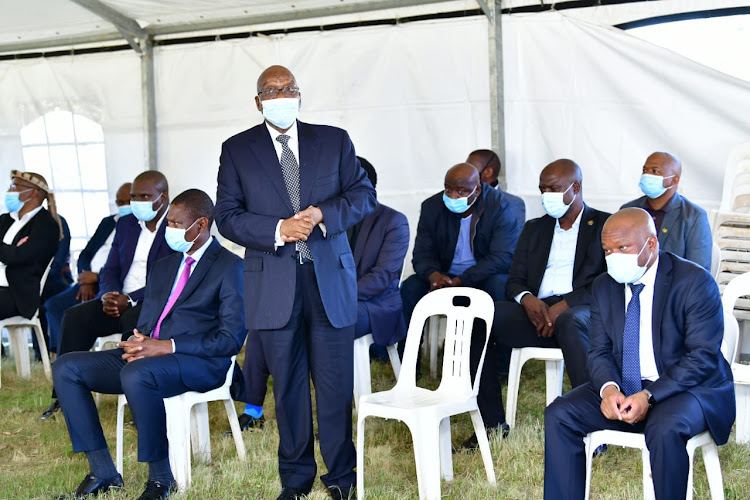 Former president Jacob Zuma and co-operative governance and traditional affairs minister Nkosazana Dlamini-Zuma were among those visiting the KwaKhethomthandayo Royal Palace in Nongoma at the weekend to pay their respects to King Goodwill Zwelithini.

The king died at the age of 72 of Covid-related complications while being treated for diabetes at a Durban hospital last week.

SABC news quoted former president Zuma as describing the king as being much-loved for many reasons, including never discriminating against anyone. 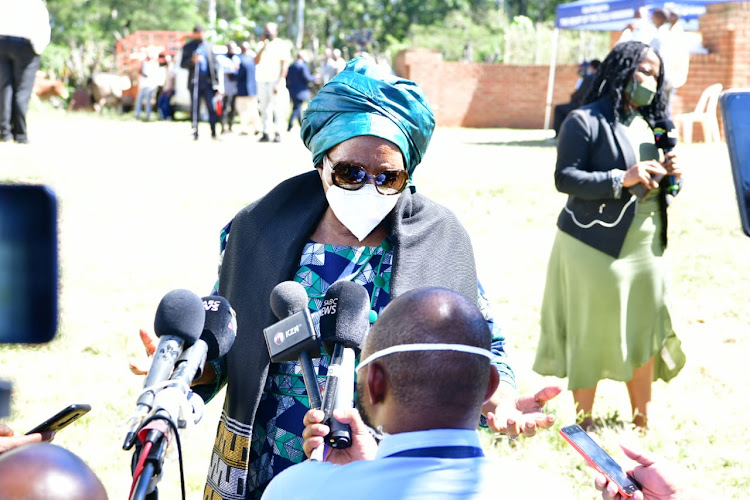 “The entire country is mourning with us because our king welcomed and protected everyone; he never discriminated against anyone. Our king was full of love, the kind of love you feel even by just looking at him; he was a loving king. He wanted peace, he wanted us to respect each other,” Zuma reportedly said.

“The greatest gift he gave us as his subjects was to revive our sacred cultural ceremonies including instilling respect; that also was evident as most people loved him. We knew that we were safe under the leadership of our king. It is a great loss.” 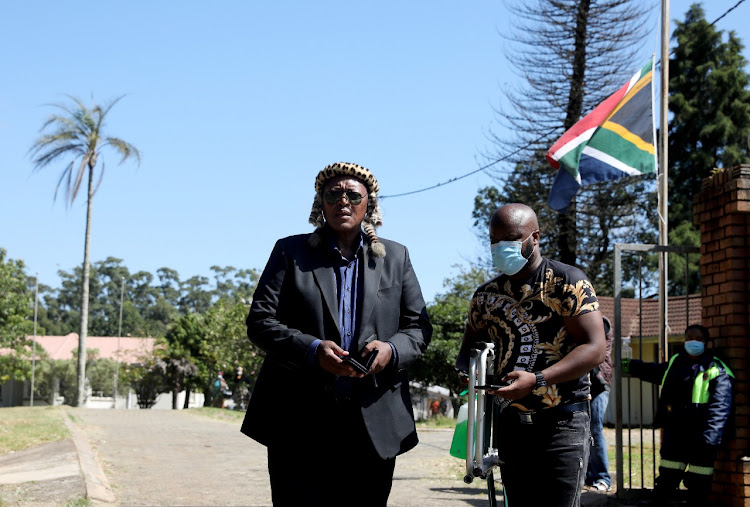 The SA flag is flown half mast at King Goodwill Zwelithini Zulu's KwaKhethomthandayo Royal Palace where hundreds of people have been making their way in and out to mourn the passing of the king. Pictured is the king's younger brother Prince Mbonisi Zulu outside the palace.
Image: SANDILE NDLOVU

eNCA reported that the family confirmed that a memorial service would be held on Thursday and that he would be buried at night and by men only.

“He said he would like to be buried at night and only by men. So we agreed with the royal family that his wish should be granted. And that will happen in private,” Prime Minister Inkosi Mangosuthu Buthelezi told reporters, according to IOL.

SABC said he would be buried on Wednesday evening.

The Zulu royal family thanked South Africans for their messages of condolences. The family said it was indebted to all political leaders who supported them in this difficult time.

The family said it also appreciated President Cyril Ramaphosa's declaration that the king would be accorded a special official funeral, SABC reported.

President Cyril Ramaphosa has declared that the late Zulu monarch King Goodwill Zwelithini will be accorded an official state funeral.
Politics
1 month ago

King Goodwill Zwelithini, who has died at the age of 72 of Covid-related complications while being treated for diabetes, was one of the most famous ...
Opinion & Analysis
1 month ago

King Zwelithini was crowned as the eighth monarch of the Zulus at a traditional ceremony in Nongoma in KwaZulu-Natal, attended by 20,000 people, on ...
News
1 month ago
Next Article