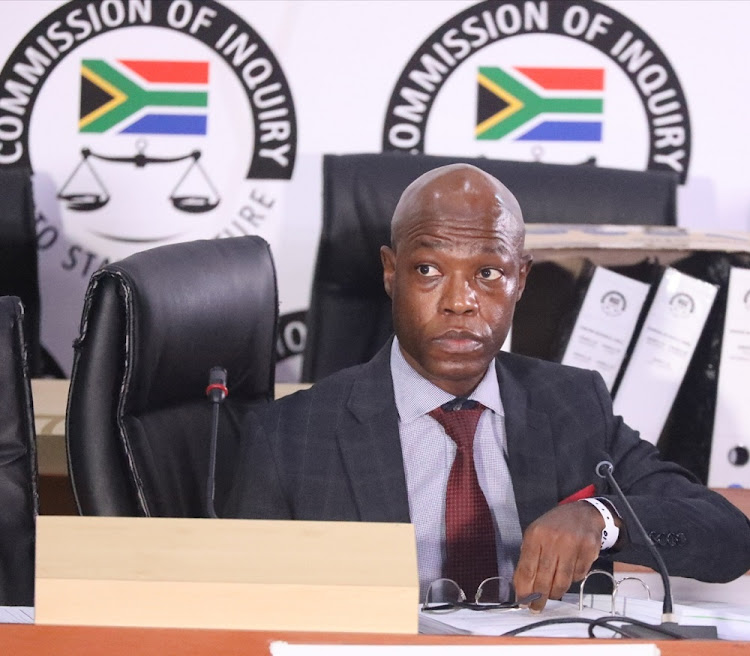 Matshela Koko testified at the Zondo commission recently. His story does not add up, according to the chairperson judge Raymond Zondo. File photo.
Image: Antonio Muchave

In his previous appearance at the Zondo commission, former Eskom executive Matshela Koko insisted that he had no idea that he was sharing Eskom internal information with Gupta associate Salim Essa when he sent documents to an info-portal e-mail address that belonged to the businessman.

Among the documents that Koko sent to the e-mail address belonging to Essa was information on the R1.68bn loan guarantee that Eskom advanced for Gupta-owned Tegeta to acquire Optimum Coal Mine.

According to Koko, he had been told by then Eskom company secretary Suzanne Daniels that the e-mail belonged to Eskom board chair Ben Ngubane.

But commission chairperson, deputy chief justice Raymond Zondo, was not convinced by Koko's story — which he believes does not add up. This because Daniels has once again denied that she was responsible for Koko sending Eskom information to an e-mail belonging to an outsider.

Daniels on Tuesday further denounced Koko's version that she at the time printed out the documents sent to the info-portal for Ngubane and the three of them would have meetings based on those.

“I am thinking about Mr Koko’s version. It is common cause that he sent those e-mails to the info-portal e-mail address,” said Zondo.

“So except what Mr Koko said he was told by Ms Daniels, namely that the info-portal e-mail address was Dr Ngubane’s, factually the evidence does not suggest that Dr Ngubane was the person to whom correspondence was directed by whoever was sending e-mail to the info-portal address,” he went on. “Therefore, if that is all correct the question that would arise on Mr Koko’s version is, how would Dr Ngubane and Ms Daniels have received those e-mails of his because they would not have gone to them?”

According to Zondo, Koko's assertion that he met Daniels and Ngubane based on information he had sent to the info-portal did not make sense because “how would those e-mails have landed in their hands”?

Daniels backed Zondo's suspicions about Koko's version: “We did not have those documents when he sent those e-mails. There were no meetings subsequent to e-mails and I did not print out anything for Dr Ngubane who was not an executive chair and would not have been involved in such operational issues.”

Zondo said one person who will affirm or discredit Koko's story was Ngubane who was yet to be questioned properly on the info-portal debacle.

“Dr Ngubane would have to be questioned on this part of Mr Koko’s evidence to see what he knows about this version,” said Zondo.