Minister and deputy asking to be excused 'communicates a message that we don't care about the issues facing students across the country': committee chair 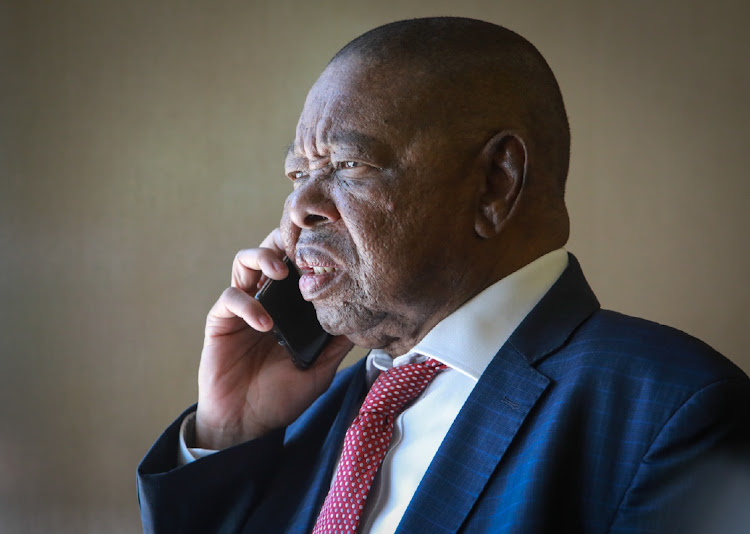 An urgent parliamentary meeting to discuss issues and explore possible solutions to the higher education sector's ongoing funding crisis had to be abruptly terminated on Tuesday, angering MPs.

The meeting of the higher education, science and technology portfolio committee was called off after minister Blade Nzimande asked to be excused — with his deputy Buti Manamela following suit — citing other ministerial commitments.

Chairperson of the committee Mohlopi Mapulane slammed the ministry, given the topics under discussion and the context of student protests across SA in the past week.

“I had thought that the issues we are dealing with at our level take precedent, but obviously some of us have been having a very wrong understanding of the role of legislature in parliament that we can be treated like this,” said Mapulane.

He expressed disappointment at the non-availability of the ministry top brass when it was requested that the meeting be extended, saying this pointed towards a lack of commitment from government.

Cut to the chase, Blade, or varsity shutdown will continue

The minister is meeting universities, with Sasco expecting feedback on Wednesday
News
1 year ago

“I am extremely disappointed about this because it communicates a message that we don't care about the issues that are there facing the students across the country. We have student leadership and various stakeholders who are here to engage and find solutions but unfortunately we have to terminate and postpone this to another day.”

The meeting had been scheduled for four hours, but had to be extended by an additional hour — something which Manamela said he could not accept.

“We do take both this meeting and the meeting after this one very seriously. We have several stakeholders and participants who are participating in the next meeting, who we think that it would be equally unfair ... for us to tell them, at such notice, we were postponing the meeting by an hour.

“There are a series of meetings, even after the task team meeting, whose intention is to try to resolve the same issues,” he said.

The deputy minister told the committee that the meeting did not have to be terminated as a representative could stand in for them, but this was not accepted.

The committee heard various presentations from Wits University, Unisa and the SA Union of Students.

Student leaders echoed their dismay at the government's lack of urgency in addressing their demands — including clearing of historical student debt, free education and zero percent fee increments — which have seen students engage in protests across the country.

Mthokozisi Ntumba became a household name in SA after he was shot dead during a fees protest by students outside Wits University last week.
News
1 year ago

Students have clashed with the police during the protests, leaving some injured. On March 10, a bystander, Mthokozisi Ntumba was shot and killed during a protest in Braamfontein, sparking outrage. On March 15, another person, a UJ student, was shot in the leg.

ANC MP Nompendulo Mkhatshwa also slammed the ministry, which she said had failed to avail itself on several occasions.

“We are not happy. This speaks to the challenges we have had in terms of getting this meeting. This portfolio committee had requested an update from the department on multiple occasions on how we were coping with the 2020 academic year. We also wanted an update on our state of readiness for 2021, noting how difficult this year would be under these difficult circumstances.

“We had a meeting, finally, last Wednesday, of which did not have the consistent and full attendance of the executive. And again this week, chair, when now the conversation has escalated because of what has happened on campuses, we again can't have the continuous and full attendance and co-operation of the executive. That, for me, is highly problematic.

“It just communicates to a level of not appreciating the importance of the role we have to play as MPs,” she said.

The meeting was expected to sit again on Tuesday.

SAPS say the student claims she and a friend were picked up by police on Monday and an altercation ensued between herself and an officer when they ...
News
1 year ago

Caf president Patrice Motsepe has called on South Africans to help young people who are struggling to access higher education due to lack of funding.
News
1 year ago

The department of higher education and training cannot afford to clear historic student debt, nor can it support the call for a zero percent fee ...
Politics
1 year ago