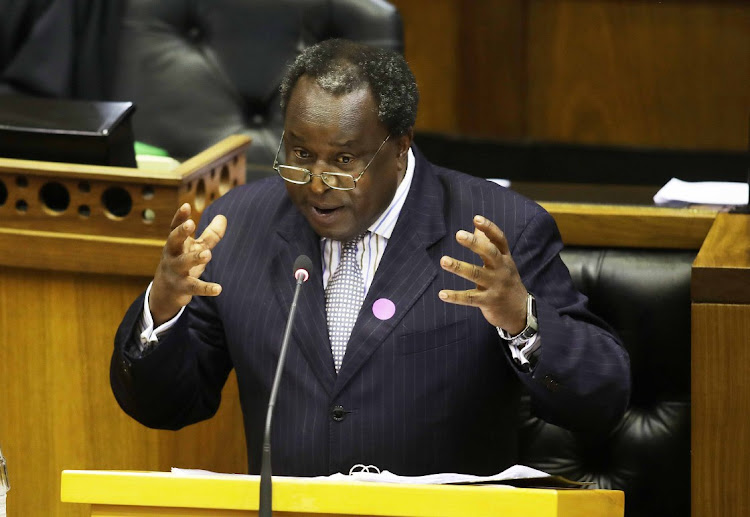 SA's economy was likely to weaken further if there was no reliable supply of electricity, finance minister Tito Mboweni warned on Thursday.
Image: ESA ALEXANDER

SA's economy was likely to weaken further if there was no reliable supply of electricity, finance minister Tito Mboweni conceded on Thursday.

This comes after Eskom warned citizens to brace themselves for another five years of load-shedding as the utility struggled to keep its ailing coal-fired power stations on the boil.

Issues of load-shedding in the country date back as far as 2008.

Debt, theft and defects – these are just some of the issues that will keep load-shedding with us for a while
News
1 year ago

Mboweni was speaking at the National Council of Province (NCOP) during a question-and-answer session. He attempted to assure MPs of his department's commitment to keep the economy afloat post the Covid-19 pandemic.

He, however, warned that more role players and policy certainty was needed to achieve this.

“We must bear in mind, though, that economic growth at the end of the day is not just state dependent. It’s dependent on the animal street, if you want, in the enthusiasm of economic actors in the economy. And policy certainty is very important and one of the issues about policy certainty, by the way, is the availability of electricity. If we don't have a reliable supply of electricity then our economy is going to be under severe attack; it's going to weaken further. This is something we need to avoid at all costs,” Mboweni said.

MPs expressed concern at a myriad of issues which were worsened by Covid-19.

ANC MP Edward Njandu asked the minister about the affect of the economic reconstruction and recovery plan which was announced by President Cyril Ramaphosa last year. He also asked if there had been any further measures to ensure that SA reached the National Development Plan target to lower unemployment in the country by 2030.

This as other MPs raised concerns about budget allocation in certain departments.

“It's very important for honourable members not to place the budget/fiscus as the only mechanism that is going to grow the economy. Let's not do that. It’s a big mistake.

“The release of the spectrum, for example, is an important component of the reconstruction and recovery programme. So we must not depend on how much was budgeted for because it’s a policy issue or partnership, it's working together, not just a question of how many billions,” Mboweni argued.

While some MPs expressed concern at the possibility of the country being downgraded further by ratings agencies, Mboweni assured them that this would not be the case. He confirmed that he was due to have conversations with some of the agencies soon. One of the main points he would raise was the “unfair” decision they took to downgrade the country the last time.

The finance minister cites lack of non-pharmaceutical measures - including lax social distancing and loading of maximum passengers - as some of the ...
Politics
1 year ago

Mampara of the week: Tito Mboweni

Adam Habib nearly walked away with this dubious honour.
Opinion & Analysis
1 year ago

Tito Mboweni vouches for Zuma: 'I don't think he wants to undermine our hard-fought freedoms'

Finance minister Tito Mboweni was told by a social media user to convince Zuma to "do the right thing" and appear before the commission of inquiry.
Politics
1 year ago