Mantashe said that the installation of security cameras at his Boksburg home in 2013 was offered by then Bosasa director Papa Leshabane, who is a friend of the family 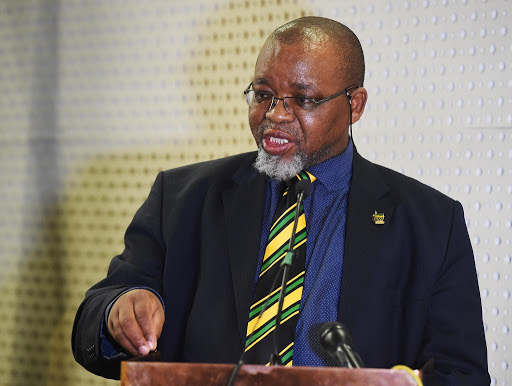 Mineral resources minister Gwede Mantashe said he did not know the cost of the installation of security cameras at his home in Boksburg and his two properties in the Eastern Cape.

He said the installation of cameras at his home in 2013 was offered by then Bosasa director Papa Leshabane, who is a friend of the family.

That offer for the provision and installation of cameras, at Leshabane's cost, was extended by arrangement with his security adviser to his two Eastern Cape properties three years later, Mantashe said.

Mantashe was testifying before the state capture commission on Friday in relation to the installation of security cameras at his homes in Boksburg in 2013, and Cala and Khowa (formerly Elliot) in 2016.

Agrizzi told the commission that Bosasa targeted influential politicians and did favours for them, including  upgrades to their homes. Agrizzi put the figure for the installation of cameras at R650,000 while Le Roux pegged the figure at R300,000.

Explaining how these cameras were installed, Mantashe said there were two attempted break-ins at his Boksburg home.

Mantashe was secretary-general of the ANC at the time.

Mantashe said Nyakaza bought cameras to install at the property. He said it was during the process of installation that Leshabane arrived in Boksburg and had a discussion with Nyakaza.

“He is available to give evidence. Papa Leshabane is said to have offered to give better cameras because the cameras we bought at Game were of inferior quality. That is how that project started,” Mantashe said.

The minister said he accepted the offer of better cameras. Leshabane confirmed that he would bear the cost of the cameras and installation, he said.

He did not know whether Leshabane paid for the costs from his pocket or from Bosasa's funds.

Installation of cameras in his Eastern Cape properties was informed by the success of the Boksburg installation, he said.

Mantashe said he was kept out of details of security arrangements for the Eastern Cape installations and that the security adviser handled that aspect himself.

His understanding from his security adviser was that the arrangement he reached with Leshabane in Boksburg was extended to the Eastern Cape.

He denied doing any favours for Bosasa and said he had no influence over the  work of ministers.

Mantashe also said he did not remember ever meeting Agrizzi.

He also never discussed any business of Bosasa with its boss, the late Gavin Watson.

'I do not know the fellow': Lynne Brown on Gupta lieutenant Salim Essa

According to the former minister, she met Essa only once - despite Essa telling people that he was Brown's adviser.
Politics
1 year ago

There are simply too many state-owned enterprises in SA - 720, former public enterprises minister Lynne Brown told the Zondo commission of inquiry ...
Politics
1 year ago

Former minister Dipuo Peters failed to appoint a permanent CEO for Prasa despite a recommendation by the board to do so - but said she had no regrets.
Politics
1 year ago