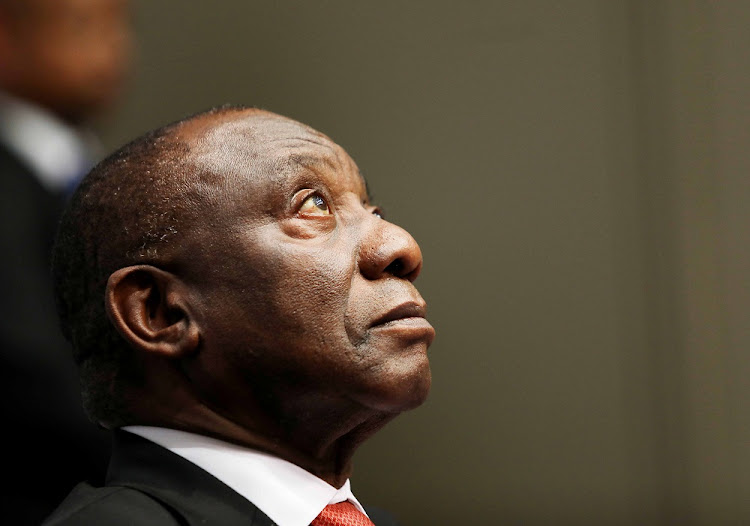 President Cyril Ramaphosa described the Zulu monarch, King Goodwill Zwelithini, as a unifier who advocated for traditional leadership and someone who instilled a sense of pride among his people.

The president was speaking at his memorial service on Thursday, after a private burial on Wednesday night.

The king died on Friday in the specialised Inkosi Albert Luthuli Hospital in Durban.

He instilled a sense of pride in his people

“Imbube will be remembered for being the staunchest defender of his people. He not only defended and advanced the interests of the Zulu people but advanced their culture, customs, traditions and a deep sense of identity and nationhood. He is celebrated across our continent because he valued diversity and respected the cultures of other nations.”

“He appreciated the importance of unity and social cohesion. He had outreach activities with the Muslim communities in the province. This went a long way towards bridging divides of race, culture and religion that all too often fuelled divisions in the province in the past.”

“He believed African kingship should unite to confront social ills in our society and conflict on the continent. He worked to quell tensions between locals and foreign nationals. He strongly believed the country's laws on migration and employment should be respected, but he also spoke out against violence directed at foreign nationals.”

Traditional leaders don’t want to be dependent on handouts or for their communities to perpetually be looking to the government for financial ...
Politics
1 year ago

He turned KwaZulu-Natal into a cultural jewel

“He revived a number of aspects of Zulu culture and heritage. He proved to all he was a repository of culture and tradition. Isilo took it upon himself to restore two Zulu cultural activities that were no longer prominent as a result of colonial interference — namely the annual reed dance and the ceremony of the first fruits.”

He took a stand against violence

“Our late king was a soldier in the war against gender-based violence. In December last year, he signed a pledge to fight gender-based violence, child abuse and human trafficking. He championed men's dialogues as a way of confronting attitudes and practices that lead to the abuse of women and children.”

He believed in his people

“He had faith in his country and its future. He had the faith to believe we as a nation and as a people would triumph over poverty, inequality and unemployment, GBV and femicide.”

Our nation has suffered a great loss, let us pick up his spear and continue to build a better SA: Ramaphosa

Delivering the eulogy at the memorial service of King Goodwill Zwelithini, President Cyril Ramaphosa said it was a difficult day for South Africans, ...
Politics
1 year ago

A gathering ahead of the late King Goodwill Zwelithini's burial has sparked a debate on social media, with many criticising the flouting of Covid-19 ...
News
1 year ago

Eskom said it would suspend load-shedding between 10am and 2pm on Thursday to allow SA to mourn the death of Zulu King Goodwill Zwelithini.
News
1 year ago