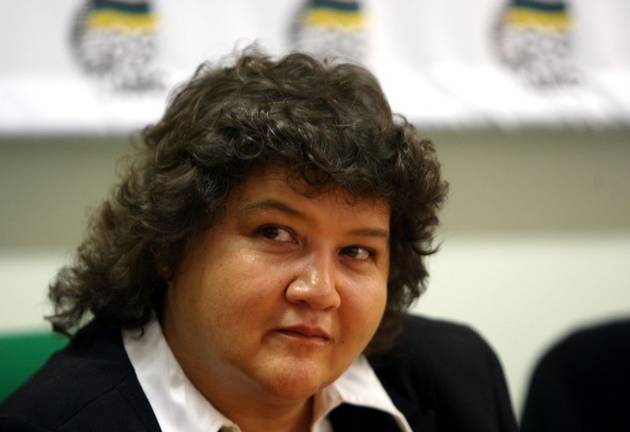 Former public enterprises minister Lynne Brown told the Zondo commission that it was Zuma and Ramaphosa who put in a good word for Molefe to be moved from Transnet to Eskom. File photo
Image: Esa Alexander

Former public enterprises minister Lynne Brown says she did not know Brian Molefe when he was controversially seconded to take over as CEO at Eskom.

However, said Brown, Molefe's name came up during a meeting she had with former president Jacob Zuma over concerns about load-shedding.

She would later have a telephone conversation with then deputy president and current head of state Cyril Ramaphosa, who also threw his weight behind Molefe for the Eskom top job.

Brown said this at the state capture inquiry on Monday.

She was being grilled on her role in the controversial secondment of Molefe from Transnet to Eskom in 2015.

Molefe was unveiled by Brown as Eskom acting CEO on April 17, 2015.

At the time, then Eskom boss Tshediso Matona had been unceremoniously suspended.

When Molefe was brought in from Transnet, Matona was still in negotiations with the Eskom board on what he deemed an illegal suspension.

Matona would later take a R6m settlement offer to leave, paving the way for Molefe who was later appointed on a permanent basis.

Molefe has previously testified at the commission that it was Brown who approached him to move to Eskom.

This while other witnesses have told the inquiry it was the Guptas who wanted Molefe at the power utility to champion their interests.

Brown presented her own version of events on Molefe's appointment.

“I did not know Mr Molefe. There was an occasion I went to the presidency. There was issue that we were still having load-shedding and there seemed to be a very serious exercise that had been done that I had access to — I am not sure if it was an intelligence exercise — which said that Gauteng was going into a blackout and that I should act on it,” said Brown.

“In my conversation with the president [Zuma] Mr Molefe’s name came up.

She added that the decision to go for Molefe was sound because he ended load-shedding and bolstered staff morale at the power utility.

On why Anoj Singh was seconded to follow Molefe as CFO, Brown said it was the Eskom board that made the suggestion and she approved it.

Brown was also questioned on her role in the suspension of Matona, together with three other executives which led to an investment rating downgrade for an ailing Eskom.

The suspensions, according to former Eskom board chair Zola Tsotsi, who has appeared countless times at the commission, were an idea of then SAA board chairperson Dudu Myeni, backed by Zuma.

The idea to suspend the executives had been presented by Myeni, in Zuma's presence, at a meeting in Durban on March 8, 2015, where a decision to institute an inquiry into Eskom was taken.

The formalisation of that decision came three days later, at a meeting attended by Brown at Megawatt Park where she is said to have strongly argued that the four executives should be asked to step aside for the duration of the inquiry.

Brown told the commission that she did “not necessarily” want the executives gone.

Said Brown: “I dealt with the only areas that were problematic at Eskom.

“I just did not want the executives to be involved [in the inquiry], I wanted a fresh eye and quick deep dive to what the problems were. It did not matter whether they were there or not. Did I want them to step aside, not necessarily.”

Brown has concluded her Eskom-related testimony at the commission and she is due to return on Denel matters at a date yet to be determined.

Former public enterprises minister Lynne Brown will on Monday continue giving testimony at the commission of inquiry into state capture.
Politics
1 year ago

Civil rights group AfriForum has filed an application to the state capture commission to cross-examine President Cyril Ramaphosa on the ANC's cadre ...
Politics
1 year ago

There are simply too many state-owned enterprises in SA - 720, former public enterprises minister Lynne Brown told the Zondo commission of inquiry ...
Politics
1 year ago