'It's clear what we have in large measure are individuals who may not have the requisite skills to undertake this task,' says land reform minister 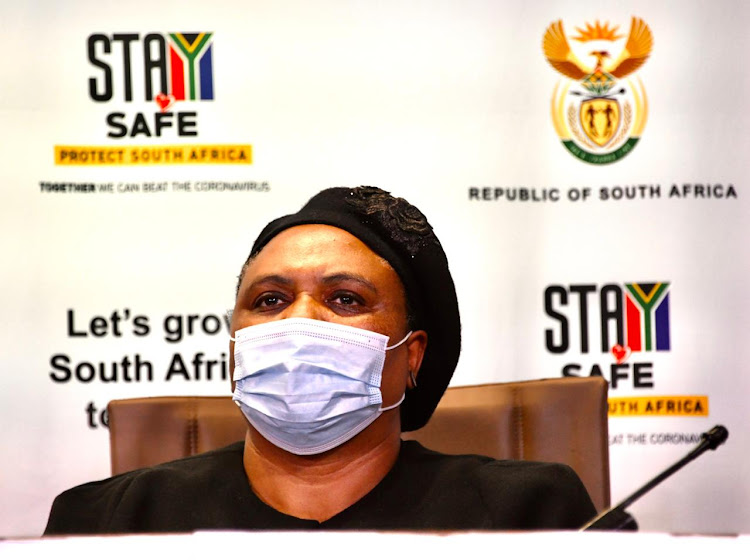 Public servants do not have the appropriate skills to adequately deal with land administration issues, which hampers government's land reform programme.

This is according to land reform minister Thoko Didiza, who told parliament on Tuesday that some of the challenges facing her department were land administration and land governance systems, issues of accountability, slow disciplinary processes and consequence management.

“It's clear what we have in large measure are individuals who may not have the requisite skills to undertake this task.

“This is reflected on the Zigana, Cloete, Rakgase and other matters that affect farmers, particularly in areas of Mpumalanga [and] North West — and most of which have been brought to our attention by members of this committee,” she said.

Vuyani Zigana, Ivan Cloete and David Rakgase are all black farmers who have faced threats of eviction from their farms in recent months.

Didiza was leading her department's contingent as it appeared before the portfolio committee on agriculture, land reform and rural development to account for its 2019/20 annual performance and financial statements.

“In these cases, what has been clear after our investigations is the arbitrary nature in which allocations have tended to be made, particularly at district and provincial levels,” said Didiza.

In some instances, she said, farmers are given caretakership agreements, after which they are not confirmed for the land without clear reasons as to why. She said that one of the questions was how an individual was entrusted with a state asset for a year or two and, thereafter, that person was said not to be qualified.

The minister said one of the issues was the lease agreement system, where leases were not finalised on time, and neither were they managed to be able to assist farmers. They also aren't able to identify where misdemeanour or malfeasance might be happening on the side of the farmer.

She said the arbitrariness of management was brought up “very sharply” when the government was advertising to lease state agricultural land. She said the majority of farmers said some of the pieces of land that were advertised were actually given to them as leases, and that nobody had ever gone back to them to either coalesce the lease agreement or to confirm that such leases had lapsed.

These are the issues that led government to set up a land administration system. It was hoped this would lead to proper land governance and management, with clear standard operating procedures — and also create transparency on criteria for allocation so that “there can be no doing of rules on the hoof by officials on the ground”.

No fruit for our labour if it doesn’t rain soon: desperate E Cape farmers

Didiza said they have instituted disciplinary processes where wrongdoing had been found. Where further investigations were needed, this was also being done by the internal audit unit.

The auditor-general has also raised issues of supply chain management and the lack of disclosures by officials, who do not indicate that they are doing business with the state, either within the department or with other departments. Didiza described this as a sore point.

In his opening remarks to the meeting, committee chairperson Mandla Mandela lauded Didiza and her department for sorting out a matter involving Ivan Cloete, who was being evicted from his farm in Darling, Western Cape.

Cloete's matter was resolved last Friday and he will remain on his farm. He has been provided with a 30-year lease agreement on the same terms that are applicable to commercial lessees.

A departmental investigation had found irregularities and improper conduct on the processes of acquisition of the land, lease contracting, facilitation and management of partnerships and joint ventures by the department and this placed Cloete in a position where he is moved from one place to another, said the department in its findings, which were shared with the parliamentary committee.

Mandela recalled how when he first heard of Cloete's dilemma, he raised the matter with Didiza and addressed the issues of accountability in her department.

“I also raised the matter of Mr Ivan Cloete as an example of how the system sometimes fails our people,” he said.

“It is mind-boggling how the system fails our people and how allegedly errant officials imagine they can get away with such behaviour,” said Mandela.

Traditional leaders don’t want to be dependent on handouts or for their communities to perpetually be looking to the government for financial ...
Politics
1 year ago

The land reform narrative in SA since the promulgation of the constitution has tended to be dominated by certain themes, says the writer.
Opinion & Analysis
1 year ago