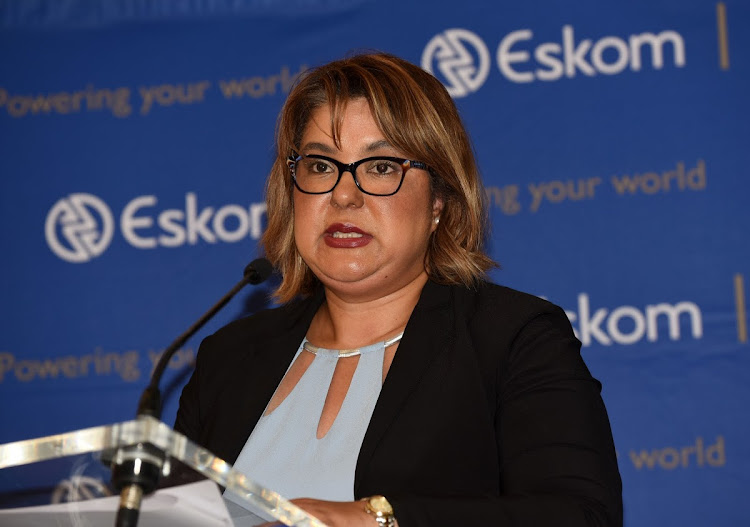 Former Eskom head of legal and compliance, Suzanne Daniels, faced questioning on why she was surprised that acting CEO Matshela Koko wanted Eskom to settle its claim against its coal supplier Optimum for about R500m instead of the original R2.1bn.

Daniels was testifying at the state capture commission on Wednesday that when Koko took over as acting Eskom CEO in December 2016, he had told Daniels that he would be happy if Eskom settled with Optimum for under R500m.

Eskom had initially put the say against Optimum at R2.1bn.

But a number of legal opinions obtained by Eskom in 2013 and 2015 from law firm Cliffe Dekker Hofmeyr (CDH) showed that Eskom could not claim the amount because of a number of failures by Eskom to sustain the say that Optimum supplied poor quality coal to Eskom.

Eskom had failed to notify Optimum that the quality of coal was inferior within the timelines specified in the coal supply contracts. As a result, Eskom would then be deemed to have accepted that coal that was delivered was of acceptable quality.

“I was making that statement not understanding the full import of what had gone before, but from a perspective ... we had gone to the media and had said R2.1bn was what was owed to Eskom and we had made such an issue of it that we could not just walk away,” she said.

He said Daniels knew before December 2016 that, based on the legal opinions received by the power utility, that more than 50% of this claim would be defeated by the fact that Eskom had not issued notices to Optimum.

Zondo asked Daniels whether she was aware, when she had the conversation with Koko, of the previous opinions supplied by CDH.

Daniels said she was not, and said these opinions were attached to the December 2016 assessment that she received after taking over in September that year.

“I would have thought that your predecessor made sure such important opinions were made available when you got in,” Zondo said.

Daniels said this was not the case, and it was only in December that she read those opinions.

“But I thought you said you were present at a meting involving somebody from CDH where [former Eskom CEO] Mr [Brian] Molefe was present and where he was cautioned about talking about a claim for R2.1bn because there was a problem with the fact that Eskom had not given notice?” Zondo asked.

Daniels said she was present at that meeting but she did not have documentation.

“It means you became aware that the R2.1bn claim was problematic. You were there when he was cautioned. That would have been before Mr Koko took over,” Zondo asked.

Daniels said she was not employed in a legal capacity in that stage when Molefe was briefed by CDH.

“I always knew there was an issue. I did not know the exact ambit of the issue. That is why I asked for an assessment [from CDH].”

Zondo said to the extent that where Molefe was cautioned, Daniels would have been aware there were legal opinions that had already been furnished.

“I would expect you to want to find those opinions, even before you could ask for another one because why would you want to pay for opinions, if you have opinions, that give you the answer that you are looking for,” Zondo said.

Daniels maintained that it was for that reason that she asked for an overall assessment from CDH when she took over, and where all the opinions were attached.

Former public enterprises minister Lynne Brown will on Monday continue giving testimony at the commission of inquiry into state capture.
Politics
10 months ago

The commission of inquiry into state capture will on Tuesday hear evidence related to Eskom from the power utility's former head of legal and company ...
Politics
10 months ago

State capture commission chair, deputy chief justice Raymond Zondo, said on Tuesday he was not convinced by Koko's claim that he had no idea he was ...
Politics
10 months ago