'While no arm of the state is above criticism, the ANC distances itself from attacks on the judiciary that seek to undermine its legitimacy and the decisions that it takes,' ANC president Cyril Ramaphosa said 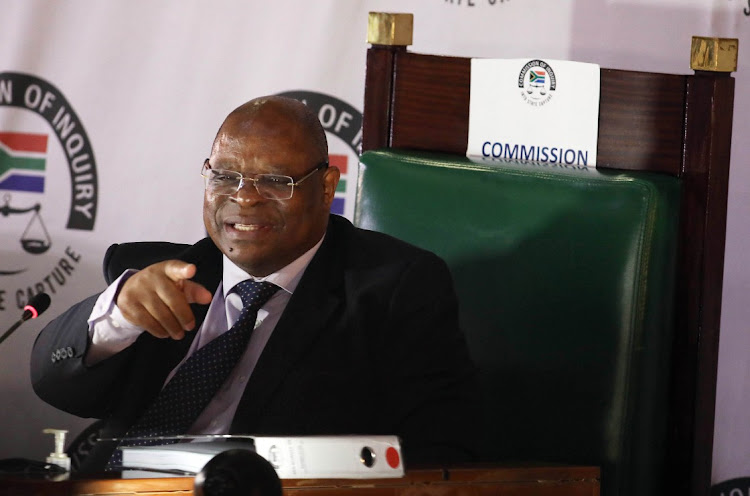 The ANC NEC on Monday came out in support of deputy chief justice Raymond Zondo and the state capture commission.
Image: Veli Nhlapo

The ANC on Monday distanced itself from those attacking and seeking to undermine the judiciary.

“While no arm of the state is above criticism, the ANC distances itself from attacks on the judiciary that seek to undermine its legitimacy and the decisions that it takes,” party president Cyril Ramaphosa said on Monday.

Delivering the closing remarks at the end of the national executive committee (NEC) meeting — which took place at the weekend and extended into Monday night — Ramaphosa said that the NEC discussed the need to support and strengthen all institutions that contributed to the advancement of SA's constitutional democracy.

The NEC is the party's highest decision-making body between conferences.

The statements can be viewed as a direct jab aimed at former president Jacob Zuma, who has repeatedly failed to appear before the Zondo commission, protesting that he would not get a fair hearing unless the commission chair, deputy chief justice Raymond Zondo, recused himself.

Former president Jacob Zuma says he will not subject himself to "an oppressive and unjust court system".
News
1 year ago

Furthermore, Zuma has openly defied a Constitutional Court ruling to appear before the commission, and has accused the judiciary of bias.

In the wake of this defiance — during which Zuma has said he was prepared to go to jail, if that's what his stance ultimately dictated — several political formations have visited the Nkandla homestead in KwaZulu-Natal in an attempt to persuade the former president to appear before Zondo. This has been unsuccessful.

Ramaphosa said on Monday: “Our constitution provides sufficient safeguards against the abuse of power by any arm of the state, and any person who has evidence of any misdemeanour or abuse should make use of the available remedies that are clearly outlined in our legislative instruments.

“The NEC reaffirmed the decision of its 54th national conference to support the establishment of a judicial commission of inquiry into the allegations of state capture. It therefore reiterated its support for the work of the Zondo commission and called on all ANC members and supporters and, indeed, all members of society to assist the commission its work.”

Ramaphosa said several leaders had made, or were scheduled to make, submissions to the commission.

“President Cyril Ramaphosa, that’s myself, will be appearing before the commission on April 22 and 23, in his capacity as the current ANC president and former ANC deputy president.

“The ANC views its submission as necessary to the work of the commission and important for the broader effort to confront state capture and ensure that such activities are never allowed to happen again in our country,” he said.

Ramaphosa said the NEC noted that the presiding officers of parliament, who are ANC deployees, were also due to appear before the commission.

The ANC NEC stood firm on corruption-accused members, saying they must step aside within 30 days or face suspension.
Politics
1 year ago

EDITORIAL | Never mind vaccines – and us. All the ANC cares about is itself

Instead of debating the all-important Covid vaccine rollout, the ANC spent much of its NEC in a power struggle
Opinion & Analysis
1 year ago