The heated meeting descended into a screaming match 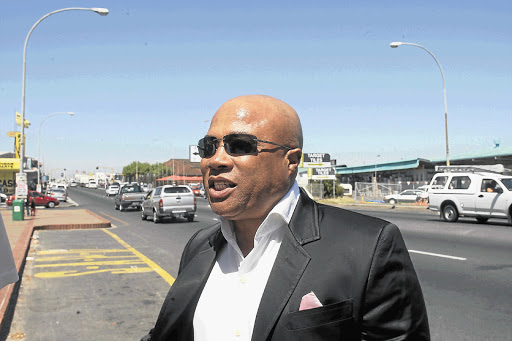 Senior ANC leaders Enoch Godongwana and Tony Yengeni, pictured, were thrown out the heated ANC NEC meeting after they both forgot to mute their gadgets and were heard discussing the meeting on their phones on Sunday.
Image: Supplied

Senior ANC leaders Enoch Godongwana and Tony Yengeni were thrown out the heated ANC national executive committee (NEC) meeting after they both forgot to mute their gadgets and were heard discussing the meeting on their phones on Sunday.

Listen to the audio here:

After that Yengeni pushed for Godongwana to leave the meeting, saying he and his allies would walk out. Sunday Times has heard a recording from the meeting where a screaming match ensued after the incident.

Another ANC NEC member, Pam Tshwete, asked what was the purpose of the meeting if people like Godongwana were “lobbying”. “Why are we still discussing if they are busy saying ‘kubo kubo’, lobbying,” Tshwete said. She added: “They are finished dealing with us.”

Another NEC member, Hlomani Chauke, also protested: “They have finished with us. They finished us while we’re still here,” to which national chairperson Gwede Mantashe asked: “Who is us?”

Chauke continued: “They are saying kubo, kubo to who?” He continuously said this until another member suggested that the meeting should be suspended for the national officials to discuss the matter.

But Yengeni was himself heard discussing the meeting on his phone. “He was heard saying Ace is not going anywhere and he had spoken to Ace,” said an insider. Yengeni too was instructed to leave the meeting.

The two are expected to rejoin the meeting  when it resumes  at 7pm on Monday.

President Cyril Ramaphosa’s allies are pushing for the meeting to resolve that those charged with corruption should step aside within the next seven days or face suspension. Those who would be affected by this decision include ANC secretary-general Ace Magashule.

“There are different opinions,” said a leader who is attending the meeting but refused to be named. “There are those who are saying you are delaying the inevitable. The man won’t go away voluntarily. Let’s suspend him. We were saying let’s give the deputy secretary-general [Jessie Duarte] to implement this decision,” he said.

Supporters of ANC secretary-general Ace Magashule threatened to resign from the ruling party.
Politics
1 year ago

ANC stalwart Murphy Morobe has taken a jab at the governing party, accusing it of having lost its position as a leader of society due to its ...
Politics
1 year ago