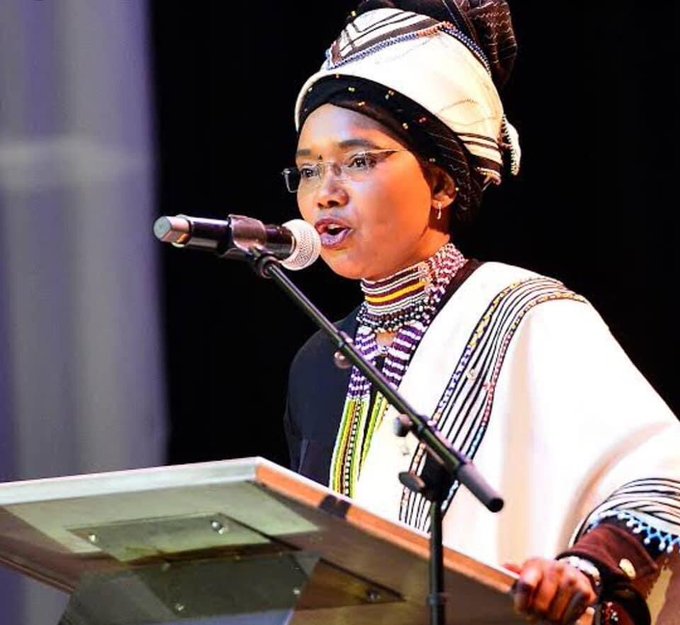 The isiXhosa news anchor retired after 37 years at the SABC.

EFF leader Julius Malema said Grootboom served as a symbol of unity and hoped South Africans are inspired by her work.

“She represented perfect decorum that is required on television and we hope many young people will be inspired by her and seek to be like her. She is our mother and our sister. We wish her all the best.”

In his address to the nation on Tuesday, President Cyril Ramaphosa described her as an outstanding journalist.

“I wish to pay tribute to Miss Grootboom as an outstanding journalist who, throughout her distinguished career, brought historic events in our country and across the world into the living rooms of our nation. We wish Miss Grootboom well and thank her for her many years of service,” he said.

The president initially announced his address would be at 7pm but moved it to allow South Africans to witness her final sign off “Ndinithanda nonk’emakhaya” (I love you all at home).

Here are some of the tributes:

Noxolo, you have been exemplary to your peers and the nation at large. You left a mark and are now passing on a golden microphone to your fellow news readers.

As we salute Mam #NoxoloGrootboom after her 37 year journey on our screens, indeed as symbolic as her name, she has been a towering figure in the newsroom & our homes, ngosithanda sonke emakhaya. Even after tonight’s retirement, the roots of her legacy will continue to sprout. pic.twitter.com/IxCDuDvrXO

No such thing as a ‘quiet exit’ for veteran news anchor

Noxolo Grootboom, who has been working for SABC for 37 years, hangs up the microphone on Tuesday night.
News
1 year ago