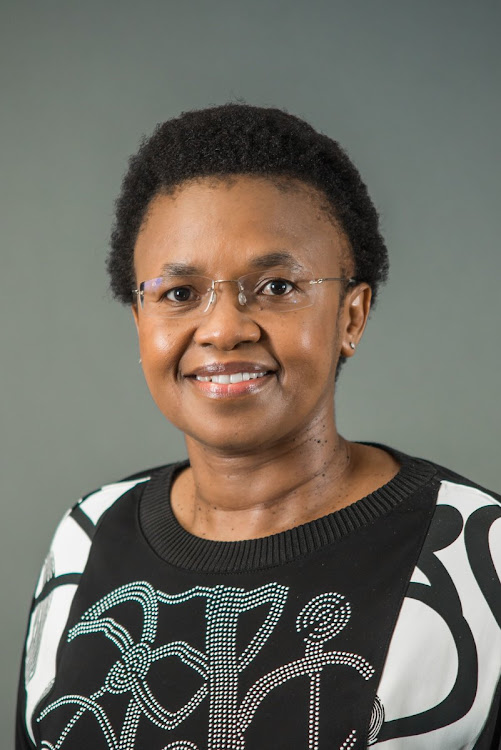 Phindile Baleni will serve as director-general of the presidency and secretary of cabinet. File image
Image: CSIR

President Cyril Ramaphosa has appointed Phindile Baleni as director-general of the presidency and secretary of cabinet, his office announced on Wednesday.

The Sunday Times reported in August last year that Baleni was in line to become the first female presidency director-general.

Baleni, who is one of the most senior public servants in Ramaphosa’s government, succeeds Dr Cassius Lubisi, who retired in September 2020 after a decade of service in the position.

“In the context of the Covid-19 pandemic and SA’s pursuit of economic reconstruction and recovery, the appointment of the director-general is vital to the functioning and impact of the presidency at the apex of the system of government,” said acting presidency spokesperson Tyrone Seale.

Another strategic appointment made by Ramaphosa when he took office was the appointment of Khusela Diko, the first female presidency spokesperson. She has, however, since been placed on leave following corruption allegations against her late husband, Thandisizwe Diko.

Baleni’s appointment was made in terms of section 84 of the constitution.

Seale said the presidency co-ordinates the development and implementation of government policy and engages in partnerships with all sectors of society and international stakeholders in pursuit of SAs development objectives.

Baleni, who joined the leadership echelon of the public service in 1994, is being transferred to the presidency from the office of the premier in the Gauteng provincial government, where she has served as director-general since 2015.

“Baleni is an admitted attorney and conveyancer who holds a BProc and an LLB from the University of the Witwatersrand. She was appointed legal adviser to the then Gauteng MEC for housing and local government from 1994 to 1996.”

In 1996 she joined the City of Johannesburg, where she played a strategic role in strategic planning, high-level project management and the development of local government policy.

She later joined Electricity Distribution Industry (EDI) Holdings as CEO and was instrumental in the establishment of regional electricity distributors in the country.

In April 2011, Baleni was appointed CEO of the National Energy Regulator of SA, a position she held until she became director-general in the office of the Gauteng premier.

Seale said Baleni has served on the boards of the Manufacturing, Engineering and Related Services SETA, the Council for Scientific and Industrial Research and the Council of Wits University.

Baleni is married to former unionist Frans Baleni, who is a staunch Ramaphosa loyalist. The two are former general secretaries of the National Union of Mineworkers.

“President Ramaphosa has wished Mrs Baleni well in her new position and has expressed his appreciation to Ms Lusanda Mxenge, who has been acting director-general of the presidency for several months.”

Acting minister in the presidency Khumbudzo Ntshavheni says President Cyril Ramaphosa will address the nation on plans to curb a spike in Covid-19 ...
Politics
2 months ago

Fifty years on, pioneer Josie Swiegers tells how the defence force was the foundation of her many successful careers
News
3 months ago