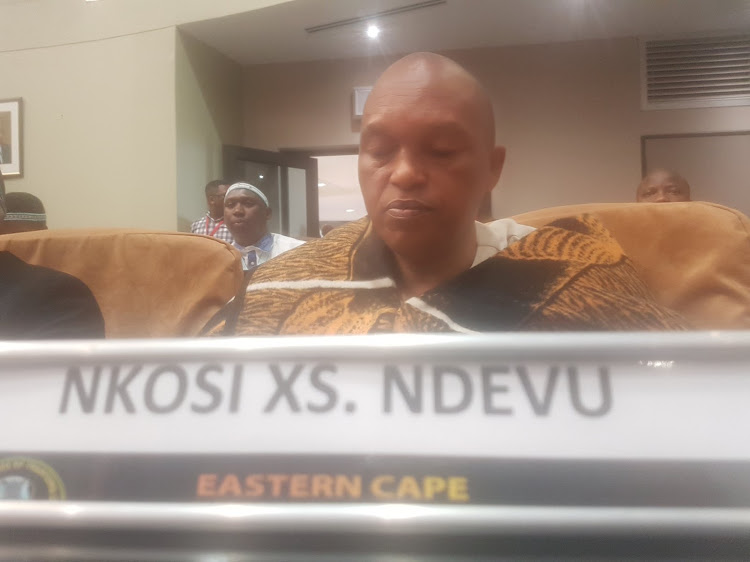 Working from home during the Covid-19 pandemic took an awkward turn for a participant in a virtual parliamentary meeting when his wife appeared out of the blue — and stark naked.

Inkosi Xolile Ndevu, a member of the National House of Traditional Leaders, was discussing initiate deaths in the Eastern Cape during a co-operative governance and traditional affairs (Cogta) portfolio meeting when disaster struck on Tuesday.

While Ndevu was explaining how the province was working with medical doctors, his wife appeared with nothing covering her body.

“Inkosi, people behind you are not properly dressed. We are seeing everything. Yhooo! Please, Inkosi, did you tell them you are in a meeting. It is very disturbing what we are seeing,” said a shocked Muthambi.

She then told National House of Traditional Leaders chairperson Inkosi Sipho Mahlangu it was not the first time such an incident happened.

Working from home during the Covid-19 pandemic has led to another embarrassing moment during a live interview.
News
1 year ago

“It is not happening for the first time. Whenever we are meeting with you, we see these unruly pictures,” Muthambi said. “You are live on TV.”

Ndevu could be heard in the background apologising profusely to Muthambi, covering his face with his hands “I’m very sorry. I was focusing on the camera and not behind me. I’m so embarrassed, chair.”

Muthambi reminded Mahlangu that it happened before with another senior traditional leader from the North West.

Ndevu apologised and described the incident as unfortunate, blaming technology. “This Zoom technology is new to us and we were never trained. Our houses are not built so we can have privacy for these meetings,” Ndevu told TimesLIVE on Wednesday.

He said the meeting started at about 7pm and was expected to finish at 10pm. When it started, he moved to his bedroom for privacy. “As the meeting continued after 10pm, my wife came in to use the bathroom and was unaware I had the video feed on. I apologise.”

Muthambi told TimesLIVE people could not always blame technology. “Before every meeting I always warn members to either mute their videos or mics. We can’t blame parliamentary staff or me as chairperson for last night’s mishap,” she said.

In June 2020 public works and infrastructure official Christopher Mulaudzi issued an apology after appearing topless during an online meeting.

Mulaudzi attended a virtual public works portfolio committee meeting while topless in bed. Footage from the meeting was shared on social media.

Senior ANC leaders Enoch Godongwana and Tony Yengeni were thrown out the ANC NEC meeting after they both forgot to mute their gadgets.
Politics
1 year ago

Let’s chat about Zoom fatigue: it’s real, but you can dial it back

Pint of order: MP accused of shopping for alcohol during online parliament sitting