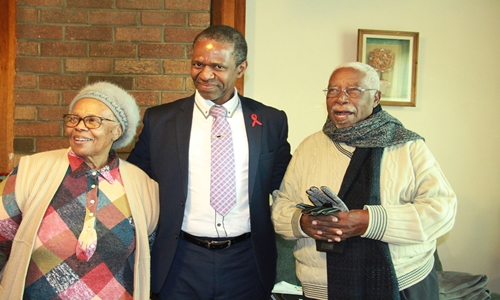 Mdlalose, 89, who was also an IFP veteran, died of Covid-19 last week.

He was the province's first democratically elected premier from May 1994 until March 1997. He also served as SA's ambassador to Egypt, and retired from active politics in 2005.

KwaZulu-Natal premier Sihle Zikalala said on Tuesday that Mdlalose's funeral will take place on Thursday at Madadeni in Newcastle.

He welcomed Ramaphosa's decision to declare a special official funeral, “accorded to distinguished persons specifically designated by the president of SA on request by the premier of a province”.

“Dr Frank Mdlalose will be remembered for his prominent role as a leader and negotiator during the Codesa negotiations which were held at Kempton Park and eventually led to the 1994 elections,” said Zikalala.

“He also played an instrumental role in cultivating peace in the province of KwaZulu-Natal working alongside senior leaders of the ANC and the IFP.

“As part of the funeral arrangements, the SA Police Service will provide ceremonial elements, and the flag will be flown at half-mast in the province on the day.

“The granting of a special provincial funeral to Dr Mdlalose by the president will ensure that his legacy to our nation is aptly honoured and remembered.”

The first premier of KwaZulu-Natal, IFP veteran Dr Frank Mdlalose, has died of Covid-19, the party announced on Saturday.
Politics
1 year ago

A great royal burial and a fitting, final farewell for the Zulu king

Tributes poured in for King Goodwill Zwelithini, who ruled with authority and distinction for almost half a century
News
1 year ago