ANC's Jacqui Mofokeng dies a day after her daughter's death 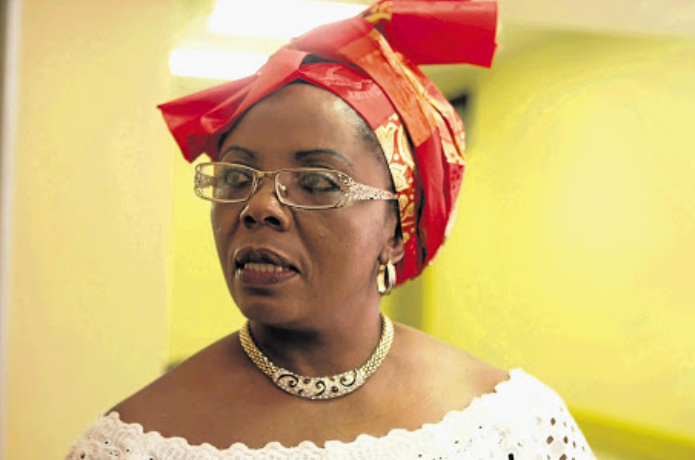 The ruling party said Mofokeng had died on Thursday morning — a day after her own daughter, Thato, died in hospital.

The circumstances surrounding their deaths have not been disclosed.

In a statement, ANC chief whip Pemmy Majodina said they were shocked and saddened by Mofokeng’s death.

“For the ANC caucus, this is a great loss. She was a dedicated member who served with dignity, humility and commitment to strengthen the security cluster for the safety and protection of the lives of South Africans. Comrade Mofokeng committed herself to the work assigned to her until her last day. She died with her boots on,” said Majodina.

In another statement issued by Bulelani Magwanishe, committee chairperson on justice and correctional services, it was revealed that Mofokeng was found dead at her home.

“This morning, the family could unfortunately not wake her up,” Magwanishe said. “This is a double blow for the family. We are deeply saddened by this loss.”

Rejecting those without tertiary skills is elitist, but officials do need a moral compass and grasp of tricky matters, writes Caiphus Kgosana.
Opinion & Analysis
9 months ago

He said she was a dedicated and disciplined member of the committee, who always made valuable contributions to the extremely important work of parliament.

“She worked well with all members of this multiparty committee and was always willing to listen and at times take on board the views of opposition parties in the committee to ensure thorough oversight work and watertight legislation. She was particularly passionate about the gender-based violence legislation that the committee is currently dealing with — everything to ensure a better and safer SA for all,” Magwanishe added.

Helping hand who got June through her ordeal

Reeva’s mom, June Steenkamp, and ANCWL stalwart Jacqui Mofokeng speak about the bond that grew between them during the trial of Oscar Pistorius"I ...
News
5 years ago

Mofokeng — who religiously attended the court case against Oscar Pistorius, who was accused of killing his girlfriend Reeva Steenkamp — was reported by Majodina to have worked hard to advance the fight for a just society and was a strong advocate for the emancipation of women.

In 2016, Reeva Steenkamp’s mother June, who often sat side-by-side with Mofokeng in court, said Mofokeng was the helping hand that got her through the ordeal of the court proceedings.

“I could never repay her for what she has done for us. She is a part of our family. She's an amazing, powerful woman. She's a leader,” June said of Mofokeng.

Almost a decade ago, Mofokeng's own domestic issues made headlines when her husband was put on trial after she alleged he had attacked her and threatened to kill their daughter, Thato.

Mofokeng's husband Dan was acquitted of the charges.

The ANC has conveyed its condolences to the Mofokeng family.

Details over the burial of the mother and daughter are yet to be announced.

The ANC in parliament has moved swiftly to replace former minister in the presidency Jackson Mthembu as an MP.
Politics
11 months ago

A special provincial funeral for the first premier of KwaZulu-Natal, Dr Frank Mdlalose, will take place on Thursday at Madadeni in Newcastle.
Politics
9 months ago

In SA the focus has been mostly on fostering forgiveness between black and white, following the terrible violence meted out by the white-minority ...
Opinion & Analysis
9 months ago