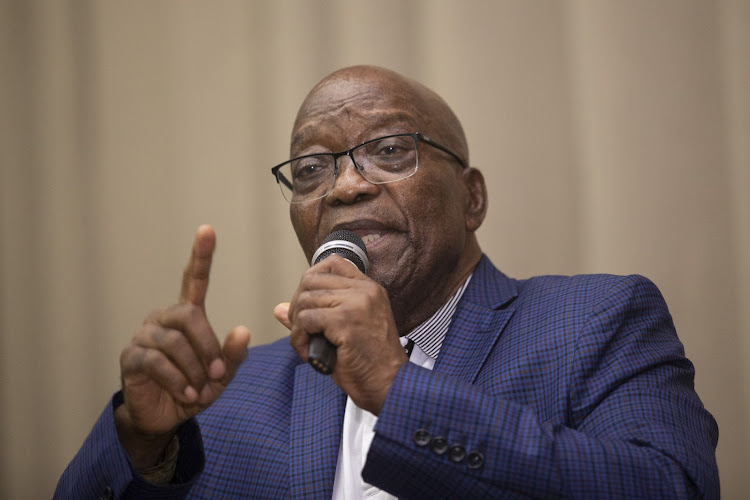 Former president Jacob Zuma used his birthday celebrations hosted by the South African National Civic Organisation (Sanco) on Thursday to announce his return to active politics, saying he was joining the body as a “full time” member.

Addressing a room full of Sanco members, at the KwaZulu-Natal Sharks Board in Umhlanga, Zuma said he had decided to join the organisation.

“I have been to many organisations and observed quite a lot. I have decided that I now go to my region. I really want to show people something beautiful because I am a resident from Nkandla and I have decided to join Sanco full time.” 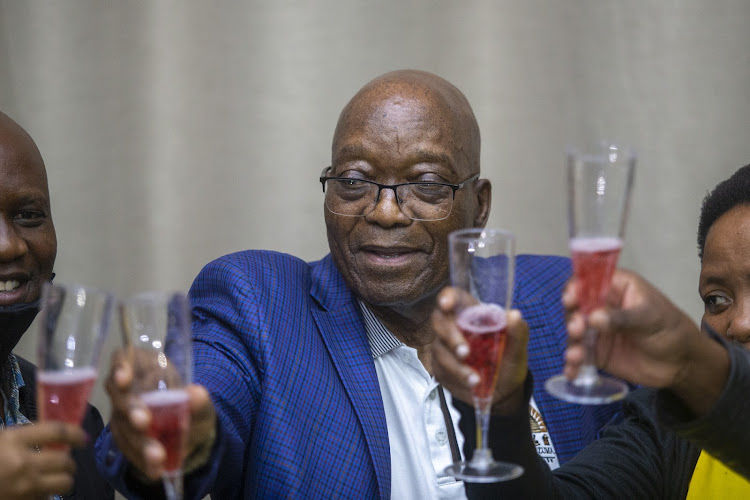 Three cheers Zuma popped a bottle of non-alcoholic champagne before being given a toast by his Sanco comrades.
Image: Rogan Ward 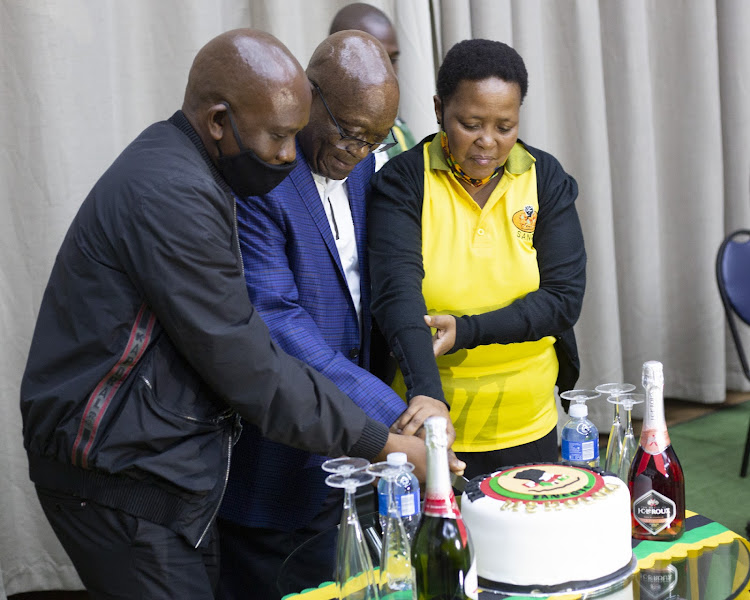 The day included song and dance, not forgetting the cutting of cake for the former president who celebrated his 79th birthday last week Monday.
Image: Rogan Ward 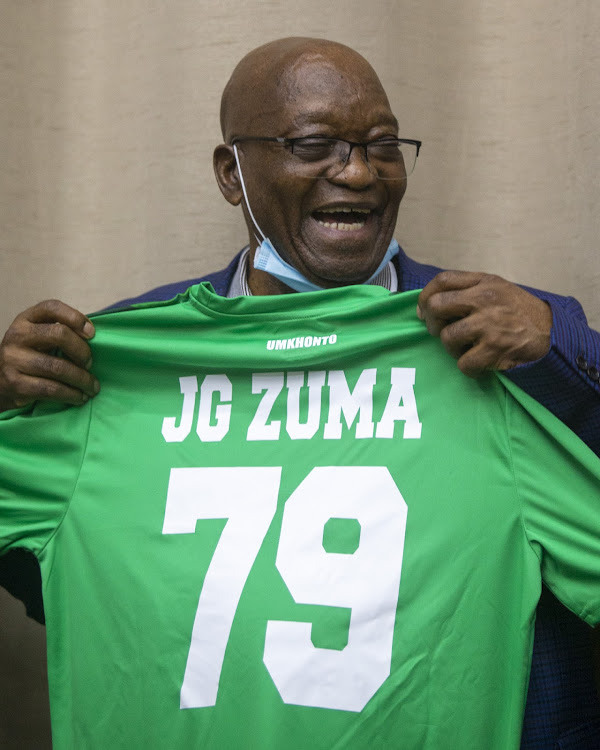 Zuma was gifted a personalised footbally jersey by Durban-based football club AmaZulu FC with his name and age printed on the back.
Image: Rogan Ward

He said he wanted to get more involved in politics but was not keen on holding an official or fulltime position in the organisations that forms part of the ANC tripartite alliance.

Zuma said he was concerned that loyal ANC members were being “forced out” of the party and party branches remained silent about it.

“The most loyal of servants of the ANC, those who have given everything, are being forced out today. The branches are quiet. We are all supposed to be held accountable, every organisation including Sanco. Nobody is better. Sanco has to speak out — why are the people who are popularising the resolution of the conference being forced out?” asked Zuma in a clear reference to the woes of the ANC faction known as the RET brigade who are at war with those supporting president Cyril Ramaphosa.

“Because those of us who have political affiliations have to make use of them to the full. Even those who pray don't pray about it to their God. They pray all day but never actually say, 'God, we still aren't free yet.' In SA, only black people live in shacks. Is that freedom?”

Zuma said he had been criticised for introducing free education.

“People [are] saying 'Zuma brought us trouble.' In all honesty I was implementing a policy of the ANC, the Freedom Charter, which says there must be free education. I wasn't coming up with something from my head. When I was beginning my second term as president of the nation, I told my comrades that I am returning and I could see they were not happy to hear the news. Today I can see some of my old comrades present and I say to them I am coming back.”

“I want to get involved. I do not want a position. Because I will never rest peacefully until we see socialism. Maybe you will see me turning 200 and never know how. I want to witness it. I want to reap the benefits.”

He dug into president Cyril Ramaphosa for calling the ANC corrupt.

“The president wrote a letter stating that the ANC is the most corrupt organisation in the country. He wrote that letter to all sectors of the ANC. I think it demonstrated that our own understanding of our powers, and our political understanding is very weak because the ANC is not corrupt. There can be members of the ANC who could be corrupt — not the ANC [itself].”

Duduzane Zuma received a celebrity welcome at the Sharks Board in Umhlanga on Thursday, where the South African National Civic Youth Congress is ...
News
2 weeks ago

Jacob Zuma’s lawyers withdraw ahead of corruption trial next month

Lawyers acting for former president Jacob Zuma in the corruption trial due to start next month filed a formal notice of withdrawal in the ...
News
2 weeks ago

Jacob Zuma's legal team's formal notice of withdrawal of their services in his corruption trial in the Pietermaritzburg high court on Wednesday could ...
News
2 weeks ago
Next Article