Black farmers march against DA leader amid calls for her resignation 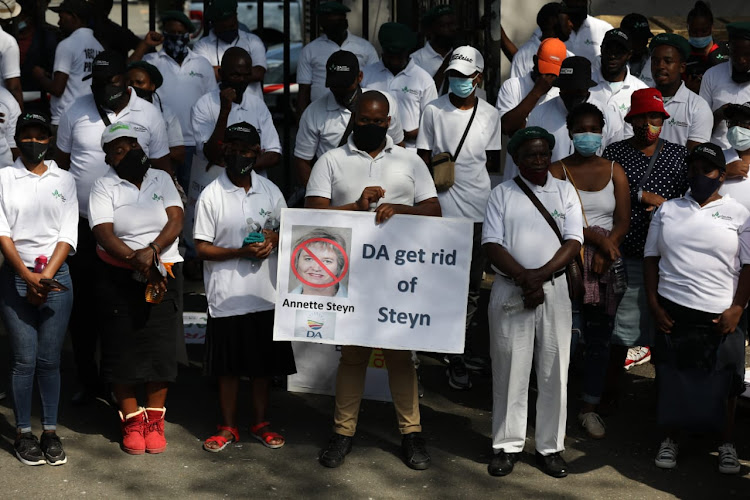 Safda has called on the DA to fire its shadow minister of agriculture, forestry and fisheries.
Image: Sandile Ndlovu

A dispute between farming communities in Melmoth, northern KwaZulu-Natal, over the placement of their land under the administration of a group that represents marginalised farmers has culminated in a march against a DA leader and calls for her to lose her job.

The South African Farmers Development Association (Safda), a grouping established for the sustainability of black farmers, on Wednesday marched to the DA offices in Durban calling for the resignation of DA shadow minister of agriculture, forestry and fisheries Annette Steyn.

The organisation accuses Steyn of using her parliamentary powers to implement a fightback agenda in the agricultural sector by supporting “land hoarders” who want to force themselves on to farms for which they have already received “inflated payments” from the government.

The Black Farmers' Association of SA (Bfasa) and their affiliates plan to embark on a mass protest march to the offices of the South African Health ...
News
1 year ago

When contacted by TimesLIVE, Steyn said she was asked by community members of the Mthonjaneni group, as well as the Isizwe Sakwa Dludla Community Trust, to intervene in their dispute between Safda and the department of land reform.

“My work is to investigate matters that come before me by going to farms especially with black farmers who may have been chased off the land or did not get their lease agreements renewed. I am just doing my work and people must just do what they want to,” she said.

Steyn did not go into detail about the complaints she received from the communities in Melmoth. However, in a statement she said: “The community (Mthonjaneni group and Isizwe Sakwa Dludla Community Trust) alleges that some of their members may have colluded with departmental officials and entered into an illegal partnership with Safda to enable the latter to conduct agricultural activities on behalf of the trust.” 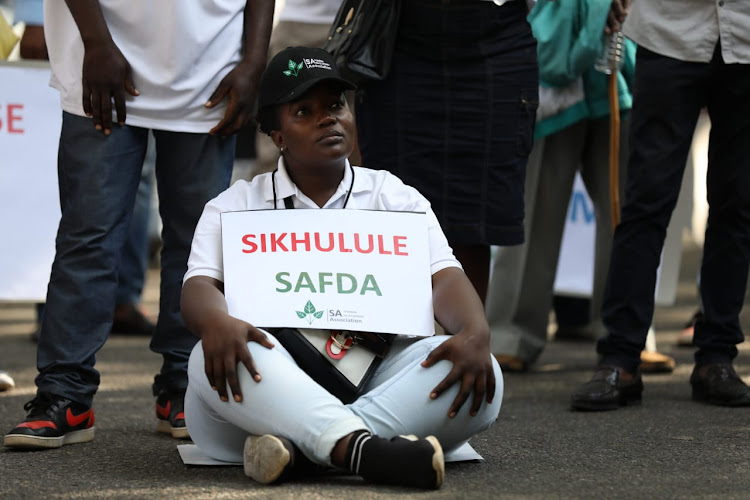 Madlala, however, told TimesLIVE that there are splinter groups who are being sponsored by those who want to destabilise black farmers so that “it seems like they do not work”.

He said Steyn met only with a splinter group and did not give Safda an opportunity to state its case.

“She was biased and one-sided in arriving at her conclusions. She ignored discussions where Safda provided her with technical information about how we work with the government and how we support the beneficiary restitution communities in Melmoth,” Madlala said.

In the statement, Steyn questioned why Safda received R158m from the department of land reform while “SA has thousands of NPOs in the agricultural sector”. She also asked minister Thoko Didiza to explain why Safda has been “singled out for this multimillion-rand budgetary support.”

Steyn went on to call the department “a lucrative piggy bank for third-party organisations that are extracting multimillion-rand grants from the department to act as its implementing agents”, adding that “this middleman arrangement is not in any way beneficial to the livelihoods and wellbeing of farmers on the ground”.

The Limpopo farmer who has been at loggerheads with the government for almost 20 years over the ownership of the Nooitgedacht farm says he is excited ...
News
2 years ago

She added that Safda’s board has obvious conflicts of interest as the former director-general of the then department of rural development and land affairs was once one of Safda’s board members.

She said this was important when “viewed within the prism of how Safda became a recipient of multimillion-rand grants from the department in a relatively short time after its formation in 2015.”

Madlala believes that Steyn’s comments were driven by malicious intentions. Safda said she is implementing a fightback agenda in agriculture, supporting land hoarders that want to force themselves into farms for which they have already received inflated payments from the government.

“We reject and condemn her racist attitude in insinuating that Safda is involved in irregular arrangements with the department because we are not the only organisation to receive funding from the department,” Madlala said.

“There are white non-governmental and corporate organisations, some operating within the sugar industry that have been and are now busy implementing farmer support programmes funded by government, yet Annette is targeting our organisation because she seems to hold an attitude that anything managed by black people is corrupt.”

Their memorandum  was left at the doors of DA provincial officers as there was no-one available to receive it.

Police have arrested five people in connection with the murder of a 55-year-old KwaZulu-Natal farmer who was brutally stabbed at his farm on Friday.
News
1 year ago

KwaZulu-Natal premier Sihle Zikalala said at the weekend that ongoing tensions between farmers and workers was endemic in many parts of the province.
News
1 year ago

The government gave the Land Bank a bailout of R3bn last year and R7bn last month while the bank negotiated with a consortium of its lenders on a ...
Business Times
1 year ago