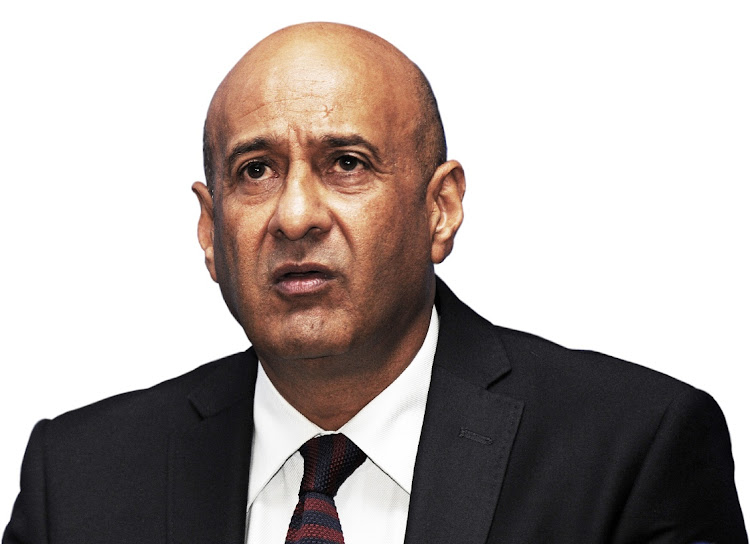 Senior DA leaders Khume Ramulifho and Ghaleb Cachalia have been drawn into a social media spat over a photograph the former posted posing with ANC leaders he described as friends.

Ramulifho, who is a member of the Gauteng legislature, posted a picture of himself on Tuesday posing with Ekurhuleni mayor Mzwandile Masina and local government MEC Lebogang Maile.

The picture was captioned, “Somewhere we are here and having fun. With these two friends of mine for a while. We are still standing.”

Cachalia, who is a DA MP, took issue with the post, saying “judge a man by the company he keeps”.

The exchange soon degenerated when Ramulifho told his colleague he “always talks nonsense”.

Cachalia further insinuated that Ramulifho was aligned to the so-called RET faction of the ANC which is opposed to President Cyril Ramaphosa.

The DA’s federal executive (FedEx) has suspended Jacques Smalle, the party’s leader in Limpopo, who faces allegations of tax fraud and abuse of party ...
News
2 weeks ago

“Your comment is unnecessary but you are allowed to say anything, others would have been told about lack of collegiality. Khume Ramulifho, you should ignore some of the things. You have a democratic right to be friends with anyone. Today is Freedom Day anyway,” said Mncwango.

However, the two politicians continued their spat, with Ramulifho labelling Cachalia a newcomer in politics, while he had been in the DA since 1998 and kept friends even from the EFF.

Cachalia said he knew a number of senior ANC leaders, including Ramaphosa, but people Ramulifho was having fun with should be examined.

I don’t post chummy pictures of racist detractors of our party described as ‘friends’ with whom I’m ‘having fun’. I guess I have different standards.

“Masina is an outspoken Zuma and RET faction supporter who runs a — some might say — 'venal' municipality in Ekurhuleni. His cobbling of a coalition for the mayorship involved some pretty dodgy moves against our party in 2016.

“As for the EFF ‘home boys’ you say you ‘hang out’ with, they are a fascist and racist organisation that has threatened and attacked us physically and made the most appalling racist remarks about the DA — let alone the racist drivel they spout and stand by daily,” said Cachalia.

He slammed Ramulifho for saying he was new in politics, saying that was a “false EFF mantra” as Cachalia had been involved in politics since the late 70s.

“I also debate and agree to disagree with political opponents, as you say you do, but I don’t post chummy pictures of racist detractors of our party described as ‘friends’ with whom I’m ‘having fun’. I guess I have different standards. My reaction indicates that I don’t approve of yours,” said Cachalia.

“You are however at liberty to cultivate all and any of the ‘friendships’ you care to - and I am at liberty to comment on them. The nub of it all, as I have said, quoting Aesop, 'judge a man by the company he keeps'. You’re welcome to judge me by return. I trust I’ve made plain the basis of my reaction to your public post.”

Ramulifho declined to comment on Wednesday, while Cachalia re-sent a post, via WhatsApp, he had used in the exchange.

Just two months after being booted out of the DA for voting with the opposition, Lorraine Opperman has come back to haunt the party as she retained ...
Politics
3 weeks ago

Mbalula on his relationship with Malema: ‘We shared a good friendship, and that still remains’

They may not always see eye-to-eye when it comes to politics, but the friendship between transport minister Fikile Mbalula and EFF leader Julius ...
Politics
2 months ago
Next Article