Frustration over Mosebenzi Zwane’s ‘throat infection’ excuse - ‘Why are we entertaining this?’ 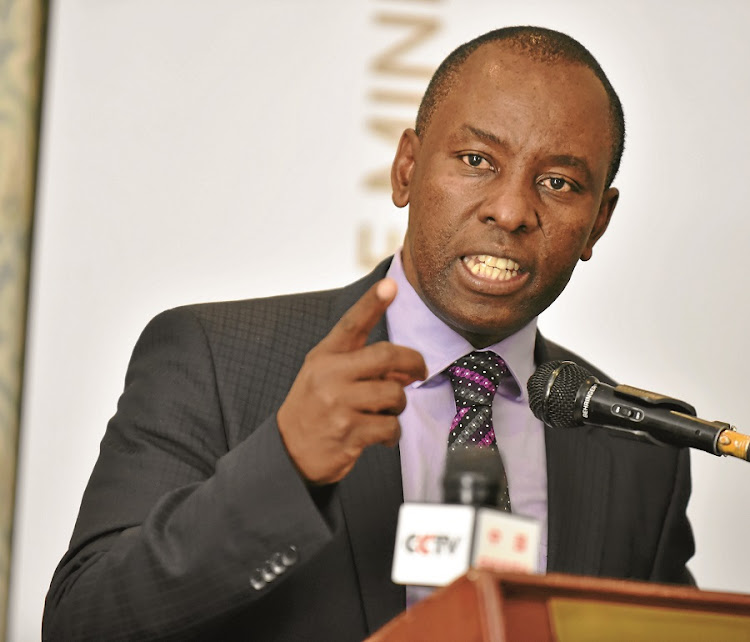 Former mineral resources minister Mosebenzi Zwane’s attempt to downplay his relationship with the Gupta family has left many in disbelief.

Zwane appeared before the state capture inquiry on Tuesday, where deputy chief justice and chairperson of the inquiry Raymond Zondo quizzed him about why he caught a lift to India on Tony Gupta’s private jet in 2015.

He said he flew to Switzerland to meet Glencore CEO Ivan Glasenberg in an attempt to save jobs when the mine was facing liquidation. The inquiry also heard Zwane intended to travel to India to meet potential investors and this prompted him to ask for a lift on the Gupta jet.

The former minister said he had a throat infection and feared he might have difficulty expressing himself on a commercial flight.

He further claimed he received treatment at a public hospital in India and had covered the hospital bill.

Zondo was left with more questions than answers. He asked, among other things, why the minister didn’t fly back to SA from Switzerland considering his deteriorating health condition.

Here are some social media reactions:

Mosebenzi Zwane looks like such a weasel. He looks like he hasn't told the truth about anything in 10 years.

Was #MosebenziZwane going to India on a #Guta plane to go treat Sore throat?

Mosebenzi Zwane testified before the Zondo commission that he asked the Guptas to give him a "lift" from Switzerland to India, despite already having a booked flight, because of a "throat problem"😂😂😂 pic.twitter.com/nhmarke6RZ

listen to #MosebenziZwane today at the #ZondoCommission and BS about him taking a private #Guptas jet to India as opposed to an official SA flight, because of his voice problems? He alone attended the "investor meetings" in India? Why are we even entertaining this #BS

Only #ANC looters like #MosebenziZwane can take a plane lift from one country to another, and the plane happens to be conveniently a #guptajet

I’m pretty sure that Mosebenzi Zwane found it hard to believe the story that he was selling the commission today. You could just see it on his face that even he wasn’t convinced by what he was saying.

Mosebenzi Zwane is such a boring liar. "I went to a public hospital in India for a sore throat, in Tony Gupta's private jet" #StateCaptureInquiry

Hitching a ride: I flew with Guptas because I had a sore throat, Zwane tells Zondo

Former mineral resources minister says he hitched a flight with controversial Gupta brothers from Switzerland to India ‘because he was sick’.
Politics
1 week ago