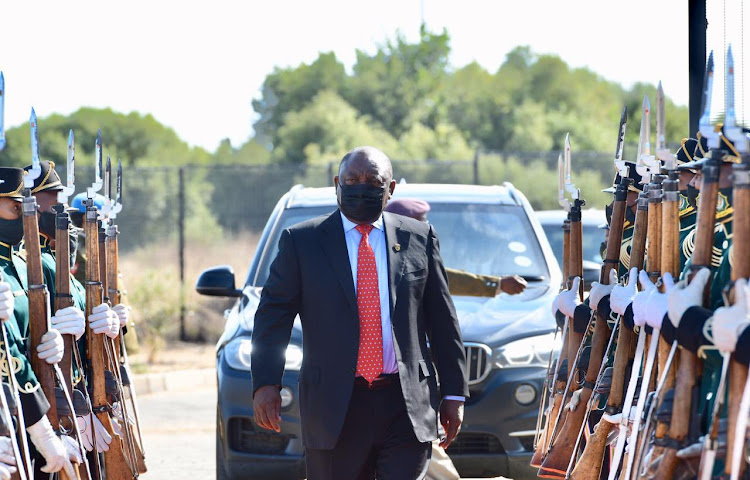 President Cyril Ramaphosa called for non-violence against members of the LGBTQIA+ community in his Freedom Day address in the Free State on Tuesday.

This year’s Freedom Day theme was “The year of Charlotte Maxeke: The meaning of freedom under Covid-19”.

Ramaphosa said no one has the right to take the lives of others because of their sexual orientation. His plea comes as South Africans and the LGBTQIA+ community reel after the recent murders of members of the community.

Here are six quotes from the president’s address:

Transformation of the military

“Nelson Mandela, the father of our nation, took the salute from a unified defence force we now call the SA National Defence Force. The meaning of this new order is always meaningfully displayed by the new generation of soldiers who represent the diversity of our country.”

“I want to tell our commanding officers in the military to make sure we see more women in key roles in the defence force because we know they are there. The entire nation was filled with pride when we saw Maj Mandisa Mfeka flying the Hercules during the inauguration.”

TONY LEON | As another Freedom Day passes, where are the genuine SA statesmen?

Freedom Day marks the 1994 elections and dream of a golden age, but corruption, misgovernance put paid to that
Opinion & Analysis
2 weeks ago

“Millions still live in conditions of poverty and deprivation. For those who continue to suffer from a lack of basic services like running water, those living without proper sanitation, in fear every day from violence and crime and those who have no jobs to support themselves, freedom still remains elusive.”

“Our vote is the most potent weapon and the most effective weapon through which we can improve our lives and transform our communities. I call on you to exercise your right in the upcoming local government elections. Demonstrate with your vote your intolerance for corruption and theft.”

"Exercising our right to vote is by far the most powerful form of protest. If those who claim to serve you are not doing so, vote them out, because ...
Politics
2 weeks ago

“Over the past few months, there have been a series of terrible crimes committed against members of the LGBTQIA+ community. Hate crimes will not be tolerated in our society. Nobody has the right to take a life and abuse someone because of their sexual orientation.”

LGBTQIA+ people in SA ‘are under siege’

Simphiwe Mkhize, says he often found himself in fights with fellow pupils who were insulting him and calling him names because he is gay.
News
3 weeks ago

President Cyril Ramaphosa has reiterated the need for SA to prioritise the reduction of emission of greenhouse gases in the global fight against ...
Politics
2 weeks ago

Simphiwe Dana did not mince her words on SA's leadership.
TshisaLIVE
2 weeks ago
Next Article