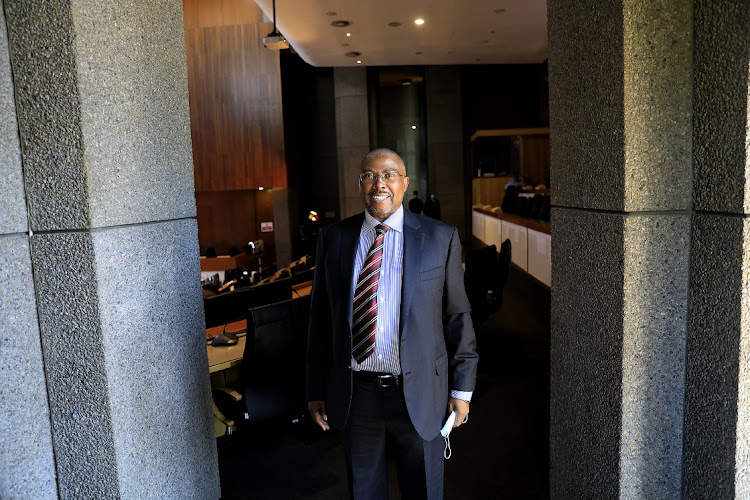 Former Transnet Group CEO Siyabonga Gama told the state capture inquiry he had no knowledge about the appointment of former minister Malusi Gigaba's sister at the company he headed.
Image: ALON SKUY​

Former Transnet Group CEO Siyabonga Gama says he does not know Gugu Gigaba, the sister of former cabinet minister Malusi Gigaba, and has never met her.

Gama continued his testimony before the state capture inquiry on Friday where he was asked questions related to evidence presented by Gigaba’s estranged wife, Norma Mngoma.

Mngoma testified last week that Gigaba told her in 2016 that he intended to speak to Gama about appointing his sister at Transnet.

“To my knowledge, Ms Gugu Gigaba was appointed and remains in the employ of Transnet,” Mngoma said last Friday.

The commission of inquiry into state capture will hear Transnet-related evidence from the former group CEO Siyabonga Gama.
Politics
1 year ago

Myburgh said the next e-mail was from Gigaba dated June 25 2016 to Transnet Freight Rail COO Mlamuli Buthelezi. In it, Gigaba informed Buthelezi about the “the issue we had talked about”.

Another e-mail was from Ravi Nair to Buthelezi saying “thanks chief”.

Myburgh asked Gama if he did not know Buthelezi was dealing with the matter. Gama replied that he did not.

Myburgh said a memorandum recommended that the COO approve her appointment as manager: continuous improvement, effective from February 1 2017, via the executive appointment process.

When asked about the executive appointment process, Gama said it was when a person was appointed without going through the external advertising process.

Myburgh said a letter of appointment was sent to Gugu Gigaba on January 26 2017.

“Do you know whether she was then employed? Did you ever meet Gugu Gigaba?” asked Myburgh.

Gama said: “I have never met her.”

A gold necklace, a white BMW, bags of cash and a R5m wedding — these were some of the shocking revelations shared by Norma Mngoma on the lavish ...
Politics
1 year ago